No end of wonders out of Africa

Funny how one forgets things: I've visited the Karoo Botanic Gardens several times, most recently in 2009 when it was in full glorious bloom. My first visit it was in late summer: not so floriferous. Back in 1997 (or so) crevice gardening hadn't quite caught on in the States: I nevertheless photographed this pretty crevicy garden--probably built by Bruce Bayer in the 1970's. My subsequent trips have lots of flowers, but I neglected to focus in on these crevice garden elements. Is there nothing new under the sun? Here's a closeup of another bed at that garden full of "vygies"--the little figs which is the Afrikaans name for what we call "ice plants" in English. They thrive in such a setting, as friends in California are discovering! 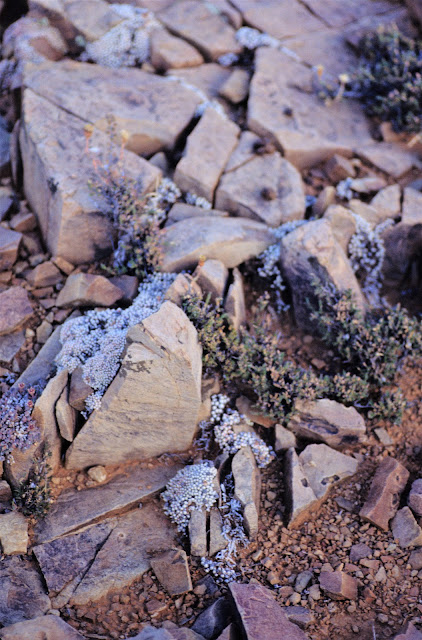 Here's a wild crevice garden I photographed on that same trip--not far from Middelpos. The white cushions are a species of Antimima, The green another vygie. What I would give to go back to the Roggeveld! One of the most species rich spots on earth--with real Continental winters to boot!

This was taken quite high on the Roggeveld on an early trip. This species has a wide range--but here it was growing in a very cold area. Oh to have seed of this form! 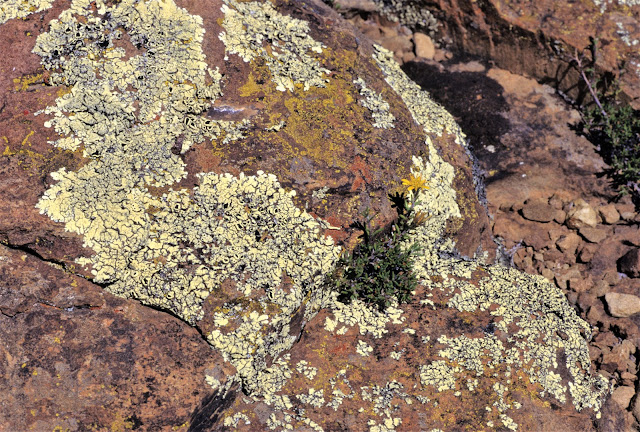 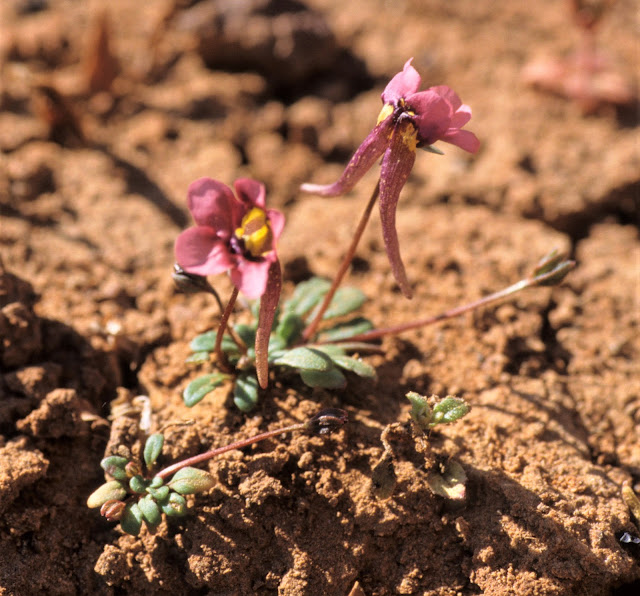 I have never determined the species of this Diascia--an annual from the cold Karoo. If someone has access to a monograph and tell me, I'll label it. What a little gem! One would need a trough or crevice garden to show it off at home, I'm sure you'd agree!

One of innumerable treasures from that magical trip I yearn we may one day grow. This has haunted me for years. I think I showed this and the one below at least once before on this blog. I think they deserve a second viewing.
This IS in cultivation--and despite it's high Karoo origins has not proved hardy for us (yet). I photographed this on that same amazing trip to the Karoo with the Indigenous Bulb Society of Capetown.

Not sure where or when I photographed this: I've seen it quite a few places--but showing it in a crevice setting.

We've left the Karoo--and now these were photographed on Renosterveld somewhere not far from Franshoek in the Western Cape. Oh, if there were only hardy forms of these little, rhizomatous glads! 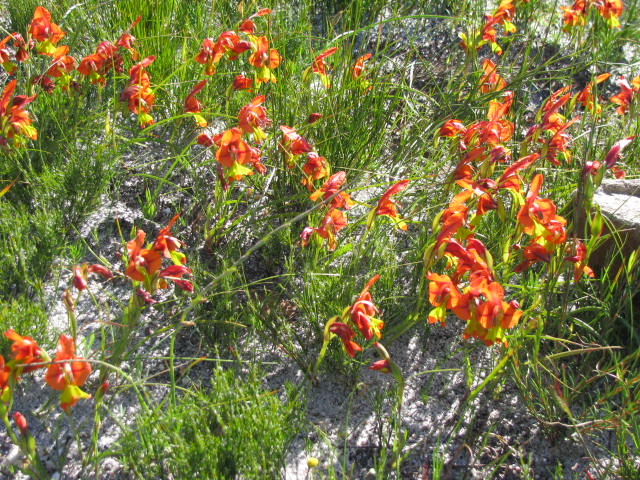 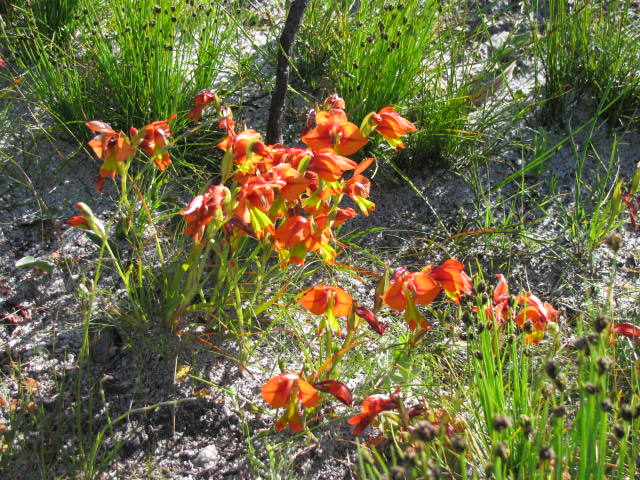 Had to show more pictures of them! 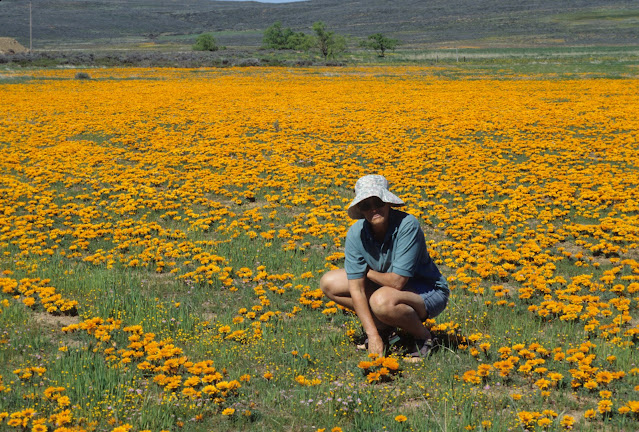 The real reason for this blog: this is a shot of unforgettable Rachel Saunders--half of the team that owned Silverhill Seeds. The Saunders hosted me on that trip at their home (I shall never forget hearing gunfire all night in their neighborhood--in a "secure" part of Capetown). I should not have been shocked to find out that twenty years later she and her husband Rod would be killed by hooligans on a plant foray: a nightmare scenario that will haunt me till the day I die. Their book on Gladioli was just published and I got my copy of that book yesterday: see below. The plant surrounding Rachel is Gazania krebsiana: I shall never forget making the caravan stop here (once we stopped all the bulbophiles were glad--they were focused on root succulents). We grew this form from Silverhill they collected at this very spot: alas, it only bloomed once in the spring although it was hardy. But G. krebsiana 'Tanager' from Plant Select blooms all summer!

Here's the Saunders' book: a monument--completed by friends and full of their photographs and of pictures of this amazing couple who possessed such colossal knowledge and love of their country--a magnificent place cursed with violence and the chthonic problems of flawed human "civilization".
May God help South Africa, and all of us, perched as we are in a world where China extinguishes freedom in Hong Kong (or tries to) and where Russia with that idiot Putin at the helm is about to invade Ukraine.
I detest firearms and aggression and the evil heart of  humanity that seeks to dominate others. Were it not for the gentle, kind, wise souls such as Rod and Rachel, I would despair of humanity. Them--and of course flowers!
- January 26, 2022