That's my brother in law above--who turned 90 last December 24, 2021--more about him in a bit...but first I must confess that I failed to find the very first book he gave me (which I know I still possess, I run into it at least once a year, and always read a few of the haiku in it) In the process of looking I counted my bookcases for the very first time--there are 36 of them (including 2 at my office at work), many of them very large and all crammed tightly with books. The flowery covered, slim book of haiku was one he gave me as a child (about the time he married my much older sister) is hiding in one of them. I ransacked my library trying to find a copy of that very book and failed. I know it's in there somewhere! Miraculously I was able to locate an image of the cover on the web: here it is: 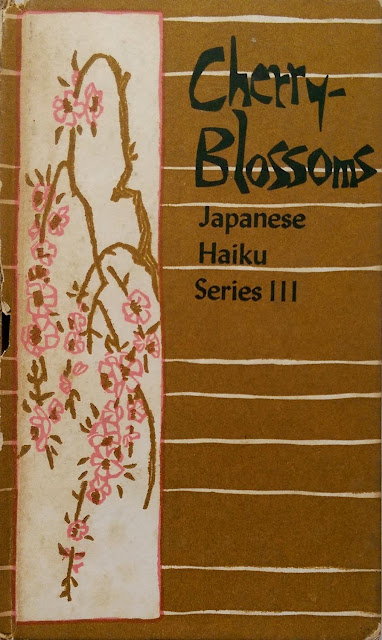 Check back in a week or so: I probably have my childish name (Peter Callas) inscribed in it--if I find it I'll scan it for your (and my) amusement!

The book was published in 1960: he probably gave it to me about the same time--and it was the beginning of a long line of books from Allan that had a profound influence on my life: I owe that gentleman more than I reckon I could relate in a blog post (such as my introduction to rock gardening, re-learning Modern Greek--and lots more that is really tangential to this post). Not too long after Allan gave me the book of haiku (which sparked my lifelong love of poetry, not to mention interest in East Asia) he gave me the following book: 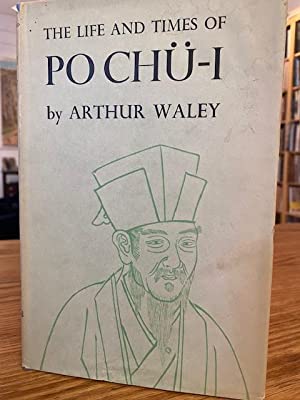 Which very likely was responsible for my spending 8 years studying modern and ancient Chinese and learning at one point thousands of characters and memorizing hundreds of Tang Dynasty poems in Chinese (don't ask--I can still recite quite a few lines of Po Chu-i's "Song of Never Ending Sorrow")..as it turns out this was a bit of of a dead end for me: my talent for languages was not quite up to his (Allan is an accomplished polyglot)... 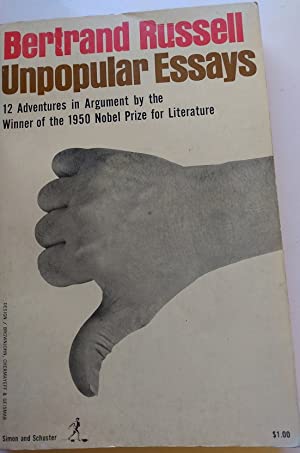 I don't think this is the copy of Unpopular Essays Allan had on his bookshelf--though judging by the price on the cover, it could have been. I so worshiped my brother-in-law as a youngster I'd browse the bookshelves where he kept his reading (he lived in my parents home for a while after he and my sister got married) and I'd borrow books like this off the shelf and devour them and then place them back carefully. This volume had a profound impact on my views towards religion among other things--Allan's influence in my life has been pervasive 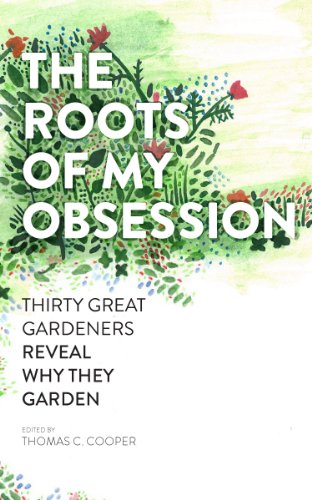 I tell much more of the story ("A Rocky Start") of Allan's early influence on me--especially my gardening--starting on page 83 of the book above (which you can obtain from Abebooks for the measly price of $4.49 with free shipping if you can believe it!)...

So Allan and books and I have a long bibliological history--over 60 years worth to be honest. How many decades have we exchanged books--usually weighty (and often expensive tomes) with one another at Christmas or birthdays? That's one of the reasons I need all those bookcases! In fact, one Christmas we gave each other the SAME book which was quite expensive at the time (it was 2003--just checked) and had our good friend Sean Hogan's name as editor. Here life imitates mediocre art (O. Henry's "the Gift") 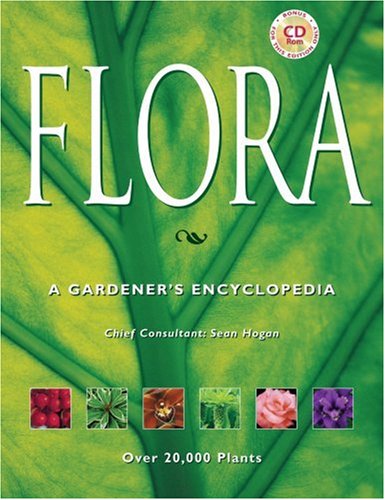 You can get this book much more cheaply nowadays, I hasten to add...so Allan has fanned the flame not only for my bibliophilia but for all manner of learning. I suppose I'd have to say he's probably been the greatest intellectual influence in my life overall--which is saying a lot--Boulder Public Schools which I attended as a child had a lot of inspiring teachers, as my college studies did as well. Allan towers over all of them, I'm afraid--mostly because he lit so many flames when I was young and impressionable I suppose! But mostly because of my lifelong love and admiration for him.

So our nuclear family has gotten rather jaded each Christmas or birthday decade after decade as Allan and I continue our bookish exchange as we chatter to each other about the books we've just exchanged, and about past books we received and how much we've enjoyed them and on and on...it's one of those sempiternal leitmotifs that weave through long, rich and crazy and above all happy lives like ours, which I'm sharing with you now...mostly as a consequence of his most recent book gift.

This past Christmas, instead of a book of East Asian poetry, or English philosophy, or the much more frequently shared plant books Allan gave me a book about the history of mammals. 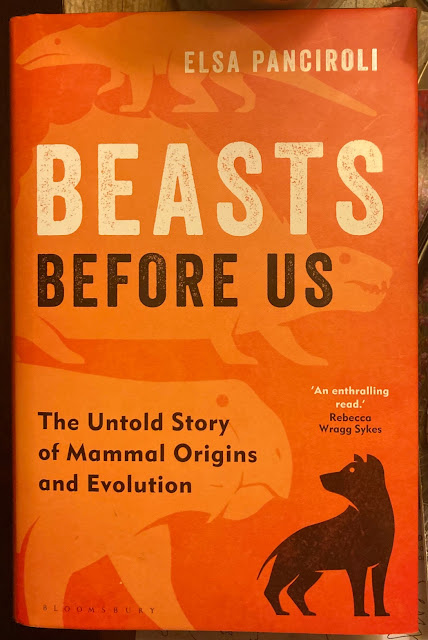 I just finished reading the last page a few hours ago: I savored this remarkable book for nearly a week--reading a chapter, sometimes two every night. The author is a very youthful Ph.D Scotswoman (Elsa Panciroli), who possesses a powerful pen (or laptop more likely I suppose). She has wonderful stories to tell. A lot of them! Her picture on the flyleaf reminds me a bit of a feminine version of Allan, come to think of it. I do love anything Scots!

Who knew that mammals were the dominant animal life forms in the Permian, long before the "age of Dinosaurs"--the Mesozoic. And who ever thought that such a proliferation of Mammalian fossils had been discovered dating from the Triassic? Elsa's stories expand (as mammals did) all through the Mesozoic and in the ages subsequent to the Cretaceous-Paleogene Extinction event of 66 million years ago! She relates the complex history of the discovery of these fossils, the personalities of dozens of Paleontologists who did the discovery and the wealth of complex issues including colonialism, sexism, politics and personality that cloud so much of our modern world. And all through you can hear a wonderful voice of a lucid intellect--and perhaps a bit of her Scottish burr (I so love Scotland if you can tell?) Sorry for flashing all those Geologic ages terms at you--I had the world's best Geology teacher in 8th grade who made Geologic history stick for me.

When he first gave me the book at first I wondered "do I really want to read a book about mammals"? I have stacks of books next to my armchair, my bed, in my bathroom---everywhere--all yearning to be read.

But I've learned, if Allan gives it to me, I'm probably going to read it and love it.

And of course, he's not just a gardener, a linguist but an accomplished anthropologist: and of COURSE the history of mammals is the history of humans. It made perfect sense afterwards. He was sharing himself again.

Not only Mormons, everyone seems to be into geneology of some sort, if not Ancestry.com itself (I thought it was a bit of a scam myself). And boy, have I got one over them after I'd read this book! It's the real deal! I can trace my ancestry back to the Cambrian!

I know if you've read this far, you too probably have stacks of books everywhere waiting to be read: you could do far worse than order Beasts Before Us--it's apt to trump (forgive the sullied verb) the others and rise to the top of the stack for you as well! Believe me, you can trust Allan on books! It's worked wonders for me!

After re-reading my blog I realized just how powerful a gesture it is for a beloved adult to give books to children--and not necessarily children's books. Although I suspect most of the books donated are children's books, I believe the impact of Dolly Parton's Imagination Library must be enormous over time. If your not familiar with Dolly's work with books and kids, do click on that highlighted link: she must surely be the wisest celebrity as well as a damn good song writer and singer. Although I personally think the bar for celebrity-hood is mighty low. If Hollywood Squares were broadcast nowadays, I can guarantee you I'd not recognize a single square (and be quite sure most of them were morons).