Where to begin? Namaqualand dream trip... 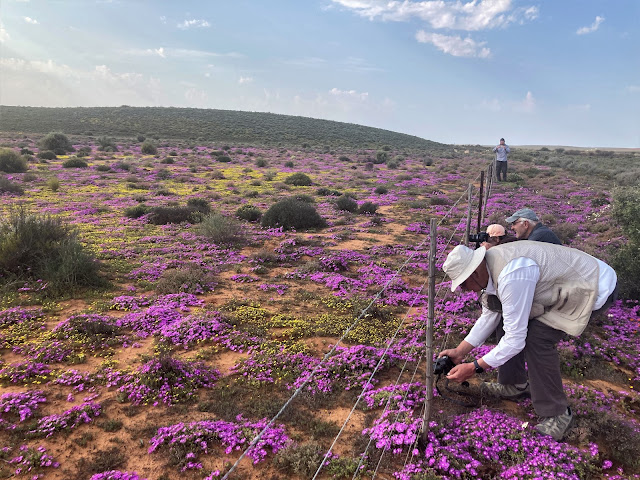 It's not even Namaqualand yet: this is the Bokkeveld on the way there--a tad south and west of Calvinia: but there were flowers everywhere--and let's not even talk about bulbs. The fellow in the front (Steve Brack) invited me--one the world's premier succulent experts. I am so lucky to have had over 40 years friendship with him: he reckons this was his 23rd trip! More on the purple-pink succulent later. 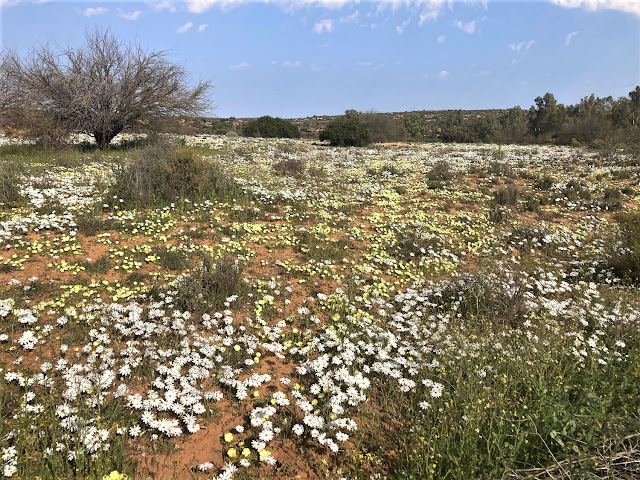 And the daisies! These are mostly Dimorphotheca pinnata--a dazzling white, but they came in every shade of yellow and even red: Gorterias, Gazanias, Arctotis galore, Grieliums--you name it! 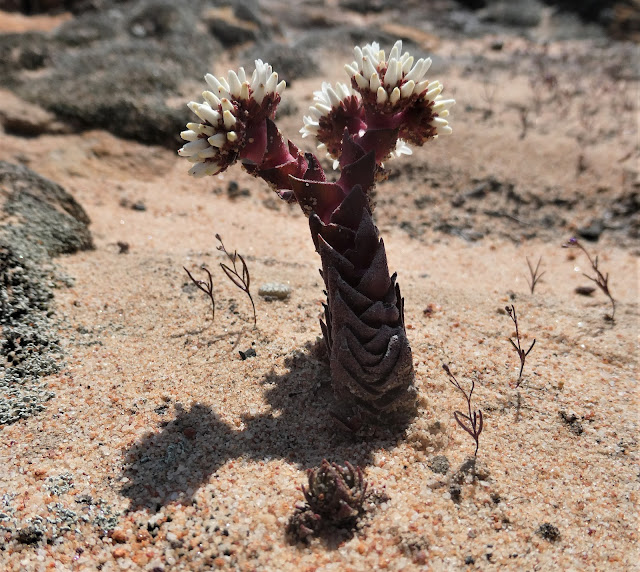 And of course succulents: this is Crassula alpestris. NOT an alpine plant by any stretch... 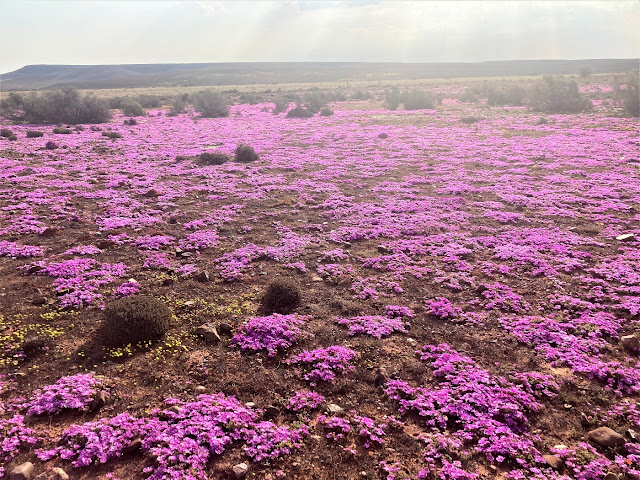 There were endless stretches of this (Drosanthemum hispidum) and similarly hued Leipoldtia and Ruschia in many species. Some growing on the highest coldest parts of the Roggeveld where they'd be Denver hardy for sure: wooo HOOO! 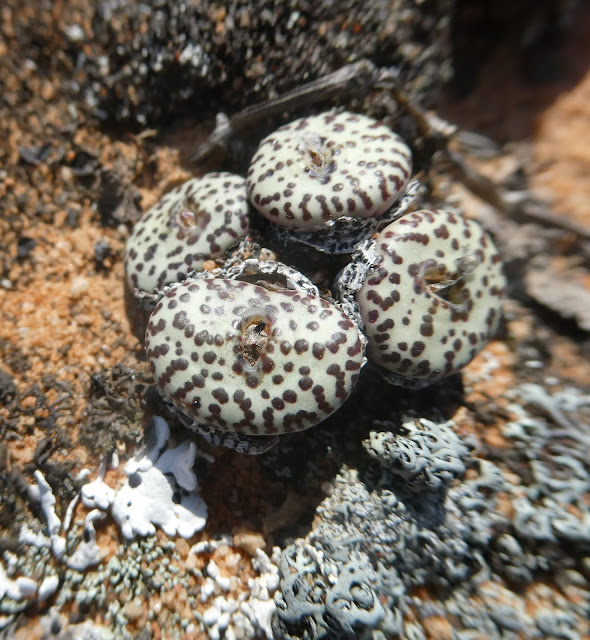 And there were Conophytums galore! This one is C. obcordellum--especially fetching. These have been dug up by the million by unscrupulous Chinese collectors for the East Asian and European markets. Karel has arrested dozens of the locals working for the Chinese--they go right back to pillaging as soon as they're out of jail apparently. We saw the stolen plants that had been captured--many were dead by being stuck in bags for so long. The others are held for evidence--but of no use to the South African botanic gardens for lack of data: a complete waste! 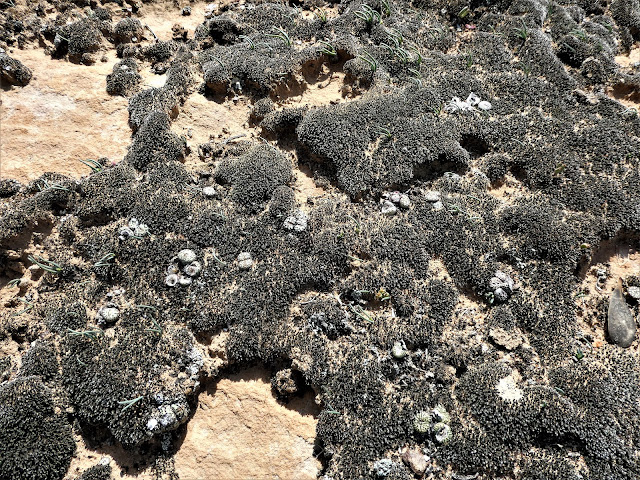 Loved seeing dozens (nay, hundreds) studding the shallow pans where they like to grow... 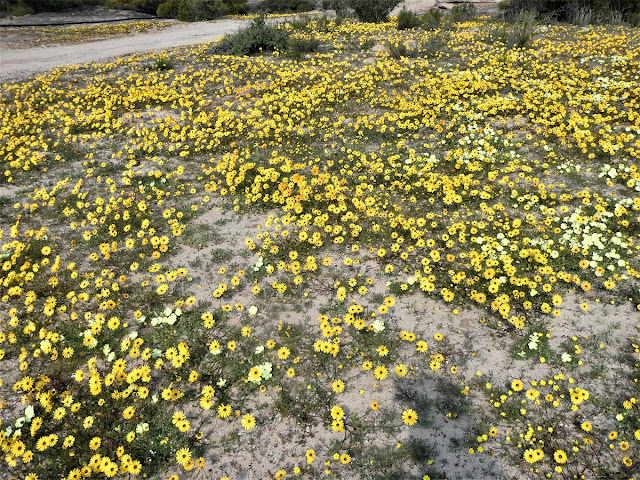 Did I mention daisies? These are but a smattering, a small sampling from a single site on one of the days out over over 2 weeks of pure plant bliss!
4000 photographs (almost all labeled) and dozens of videos--there's no way to mete them out except in dribs and drabs!
- September 25, 2022