We launched from Cape Town on August 24--crossing over DuToitskloof pass and fantastic stands of proteas I've already posted on Social Media. I did NOT post this exquisite heather--one of the hundreds of endemic species of this genus which is largely centered in the Cape Floristic province around Cape Town. The floral diversity of this tiny Kingdom (equivalent floristically to most of the northern hemisphere which is the Holarctic floristic province). 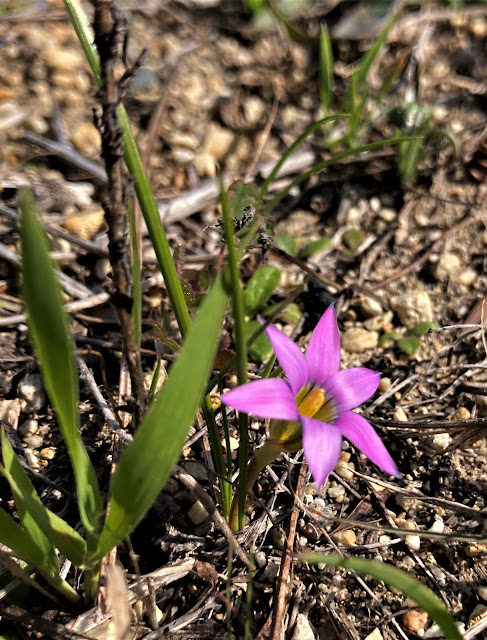 On the north side of the pass we found our first of many Romulea, and one I have not keyed out yet. Harbinger of dozens--or hundreds I should say--species of bulbs on this trip. 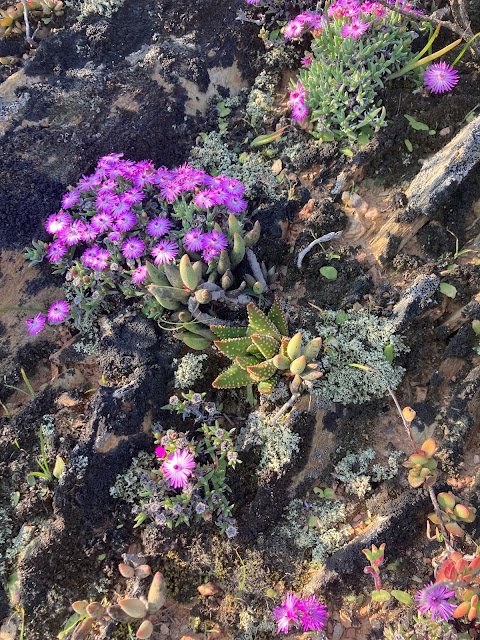 One of our first Haworthia finds was the miss-named H. pumila (largest of the genus--and even segregated to a new genus by some). It is embedded in a mat of Antimima--or perhaps Ruschia--an amazing series of species of which greeted us at almost every stop.

Hitherto I had only seen L. lesliei in the wild. We were to add a number of species on this trip! In the vicinity of Worcester.

Most of the area around Matjiestfontein is Karoo (semi-arid scrubland). Here and there quartzite outcrops and fynbos reappears--with majestic proteas such as this (undetermined) species. 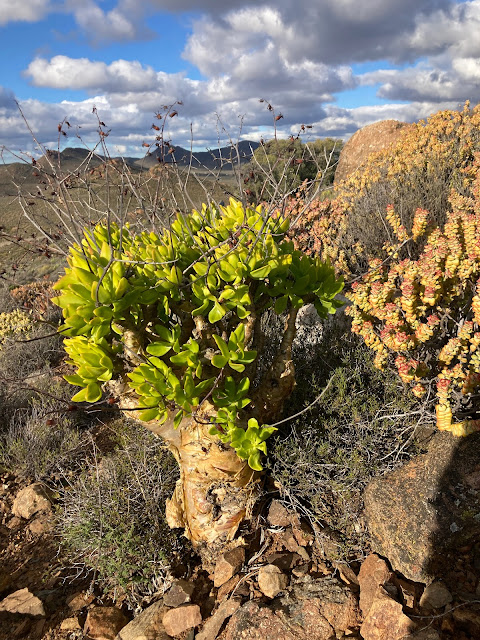 Tylecodons are the giant bonsai of the Karoo and Namaqualand: here T. paniculata is revealing its gnarly trunk.... 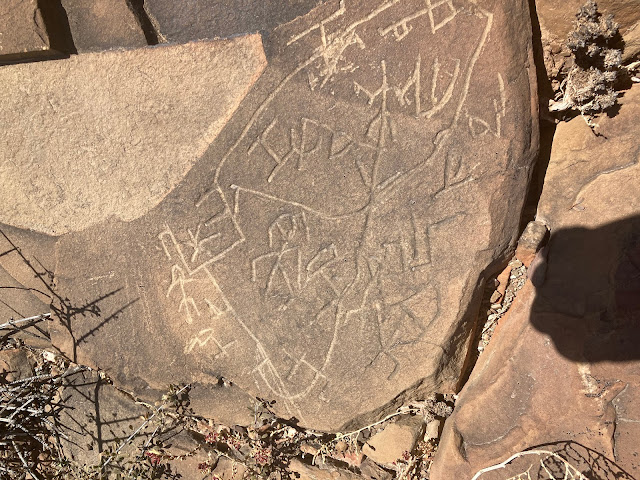 A cryptic message from the past or is it a forgery?

I saw this 25 years ago high atop the Roggeveld: it was abundant at one stop near Matjiesfontein--and we saw it again and again subsequently!

What a treat it was to see this everywhere along the trip--ever so variable. But these forms were very similar to 'Tanager' promoted by Plant Select (which we obtained from Kees Sahin--via yours truly)...I must get seed again--at one point I had hundreds on my xeriscape...

These are a very few glimpses from the first few days of what has been one of the best trips I've ever taken, thanks to the fantastic partnership of Steve Brack and Karel Du Toit. The other participants will be acknowledged as well in time...I suspect I took a couple thousand pictures, but wanted to share these few to get the ball rolling. South Africa is simply sublime!