I have recounted elsewhere how finding this fern in the spring of 1974 in Ithaca was an epiphany for me: I have since found it on several continents--and every time I relish the cocky semi symmetry of its cartwheel fronds.

I have rarely seen such lush specimens as on this cool, rainy day near Philadelphia.

I know I'm a tad obsessive about it. It's so annoying that this is rare in Colorado!

But the real surprise was finding a very strange form of A. platyneuron--with long, attenuated pinnules.

There were a few conventional forms of the ebony spleenwort nearby, but along a fringe of the woods next to the path there were dozens of these strange creatures once named "Asplenium ebeneum var. bacculum-rubrum" for Baton Rouge, Louisiana near where they were first found. Similar forms are found in Michigan and elsewhere in the species range and most botanists don't even bother to distinguish this as a "forma"--which I find strange.

It would be fun to try to grow this. I have had plants of typical ebony spleenwort for years.

Not far from the spleenworts we found this moonwort cousin--with the fertile frond unfortunately dried out already.

And then there was an outcrop wit a gigantic colony of the walking fern. 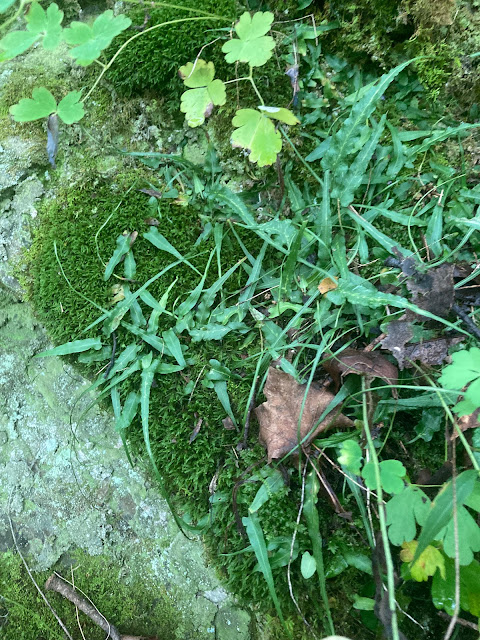 How I wish I had a moist limy cliff where I could imitate this at home!

And then another treat to find masses of fragile fern on a steep slope, 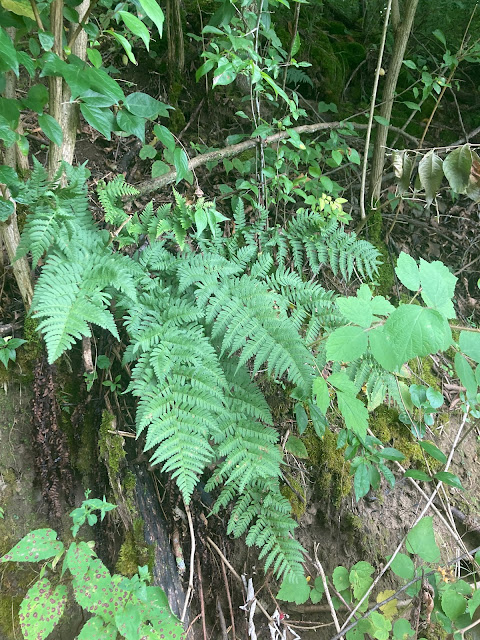 And a handsome shield fern... 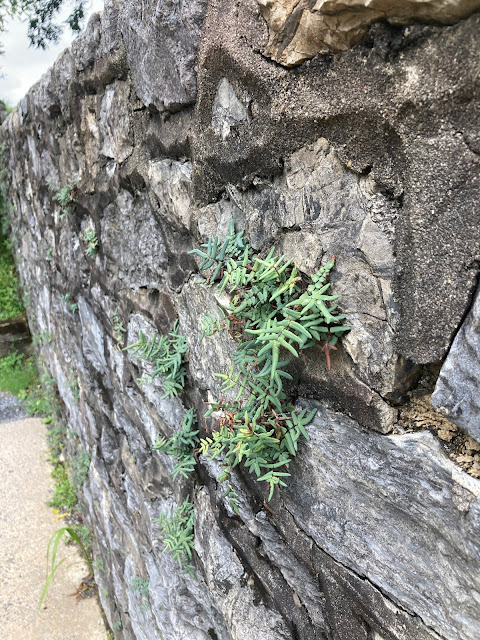 I have long known two other subspecies from Colorado and Wyoming which are similar--and yet different. To find the type subspecies (var. glabella) growing luxuriantly and abundantly was a treat. Ironically, everywhere I saw it was on man-made structures (walls and a bridge). We have created new habitats for rare plants to grow in the Anthropocene--it's not all doom and gloom. 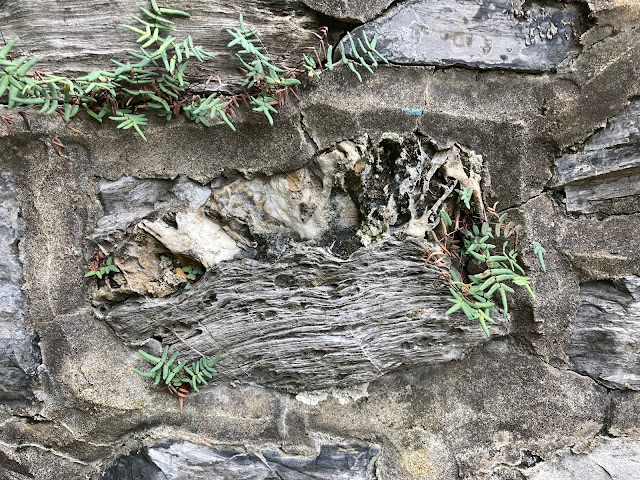 Loved this surrealistic stone with the fern... 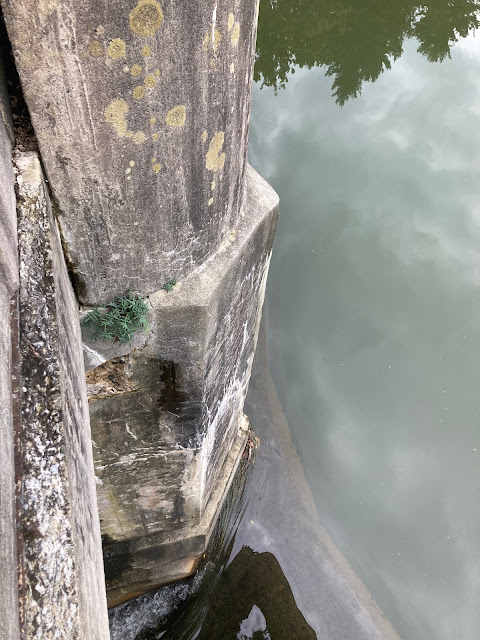 But check it out growing on the bridge abuttments! 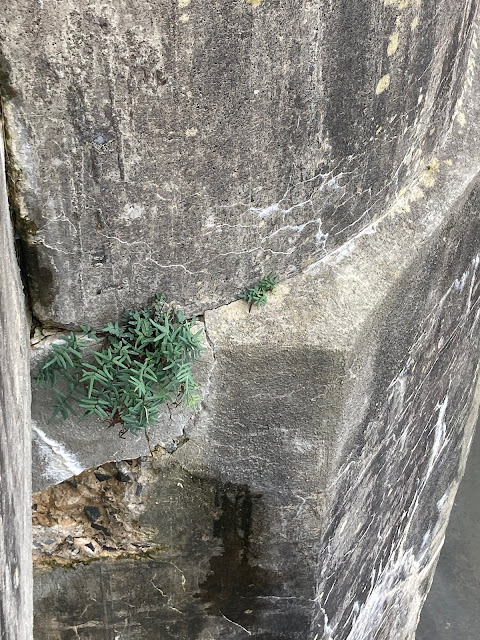 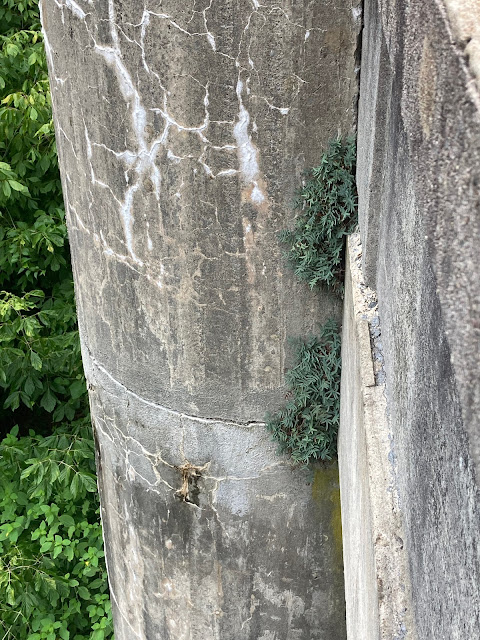 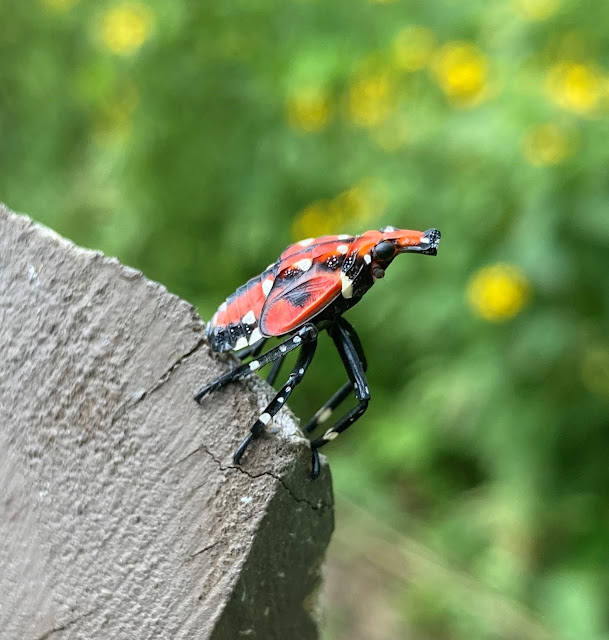 Even in Arcady am I! We were near the epicenter of where the Spotted Lanternfly was first found. A few years ago I was horrified at how abundant it was all around Philadelphia but on this occasion this instar was one of the few we saw. Perhaps it will not be the pest we feared!