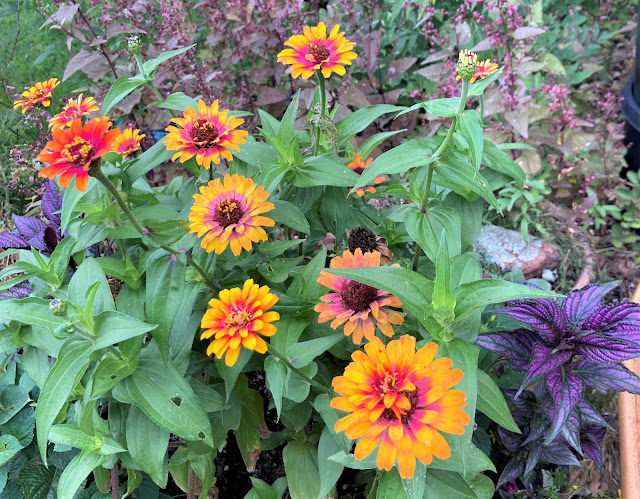 Usually we grow more conventional zinnias--but the only ones I have this year are new cultivars whose names I promptly lost. I love the red and orange bitones on this one... 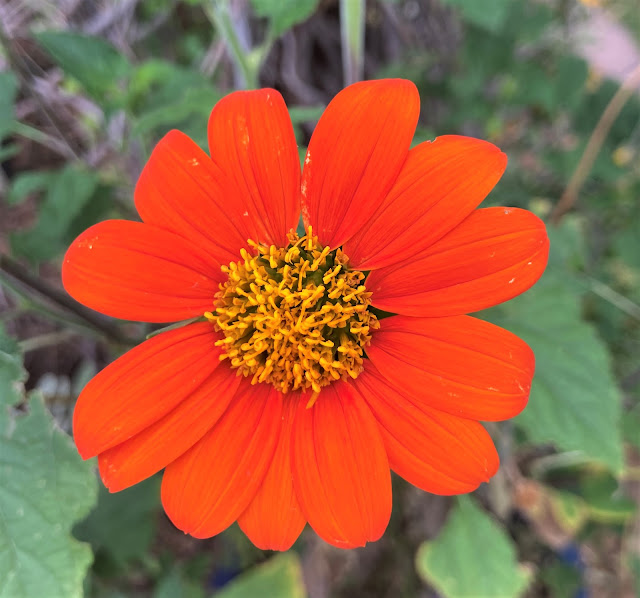 And of course Tithonias are always in your face (and above it often): I have a nearby gardening buddy who supplies us with starts of these for several years now...I think we're addicted. 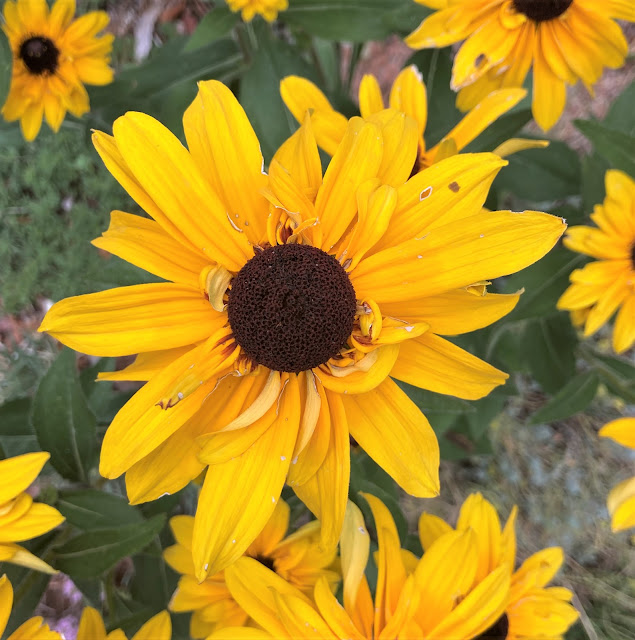 What could be more embarrassingly common than black-eyed Susans? We planted some fancy strain of Rudbeckia hirta years ago, and now it's self sowed all over our garden: the variation in form from one individual to the next is a kick to watch. 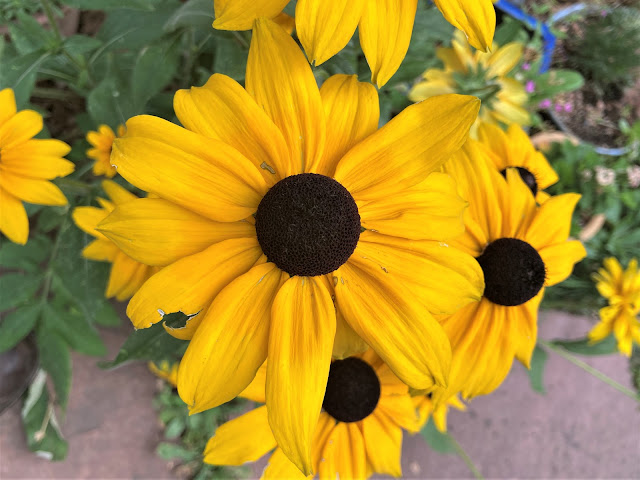 Hard to beat the plain forms that seem to revert each year closer to the wild forms we see in the foothills nearby. 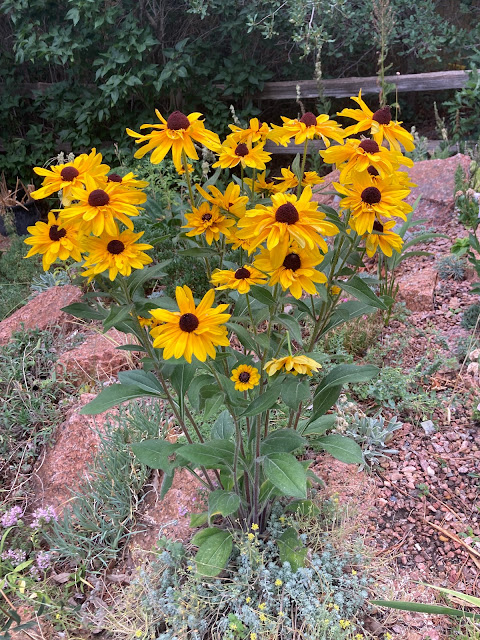 And wouldn't you know our best specimen popped up in the middle of one of my rock gardens where it DOESN'T belong, dontcha know? I somehow missed weeding it out until it was too late--and now it stands there as if to say "just try and pull me out now, you fool! You know you'll regret it!". Plants have a wicked sense of humor I've come to know. 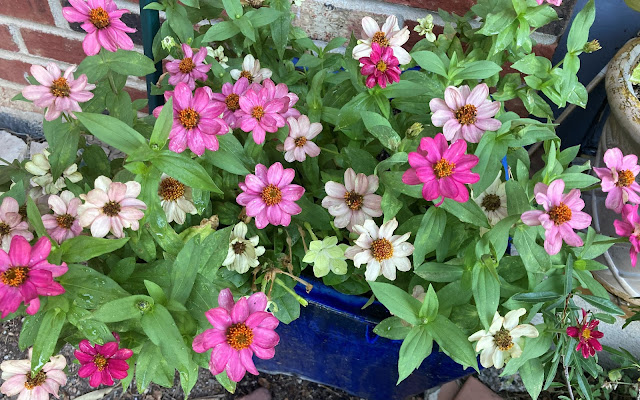 I have another half dozen or more pots filled with this nifty Zinnia that changes color. I hope I'll find it again next year!

There are people who don't like daisies: their gardens must be pretty dull this time of year--ours is brimming with Silphium, Helianthus, Heterotheca, Grindelia, Machaeranthera, Chrysanthemum,Dahlias and a number of species of Rudbeckia and not nearly enough Zinnias and let's not even talk about Erigeron and the permutations of Aster. So many are crass, common. And I love 'em!