I remember flying into Rochester in late March of 1978 and seeing huge mounds of snow everywhere and feeling so sorry for the locals. I remember my first visit to Flagstaff, a few years earlier. That was in May, and there were enormous mounds of snow in the parking lots there as well...We'd had more normal springs around then (if there is a thing as a "normal spring" anywhere...this year it's apparently Denver's turn for a mini-Ice Age. A friend emailed me to say we're the second snowiest city in the continental U.S. this year--right after Worcester, Massachusetts. Woo hoo! Poor Worcester! 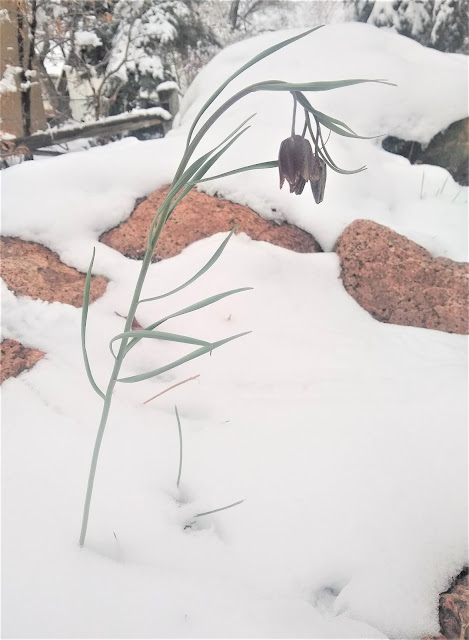 The snows have been coming just about every week, sometimes twice or three times in a week--but it will thaw enough for flowers to emerge, and even this athletic Fritillary to rise nearly two feet. Miraculously, it seems to have weathered at least 3 snowstorms, despite temperatures dropping into the teens several nights. They must have a lot of antifreeze in them! 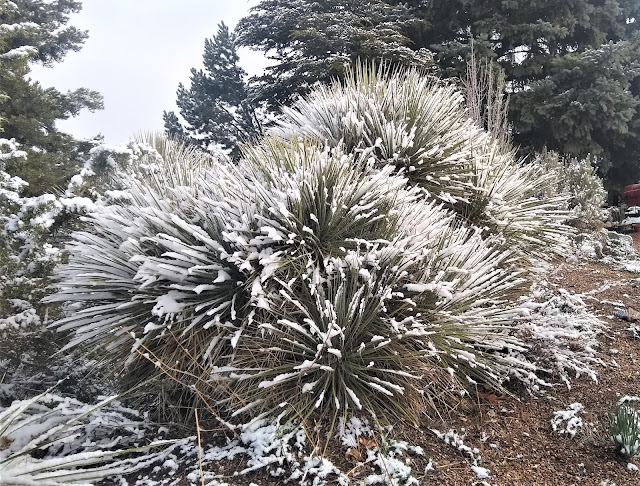 There is a beauty, I admit, and a purity of freshly fallen snow. It was rather charming back in December... the charm has long since worn off: every Denverite I meet is grumbling about it. 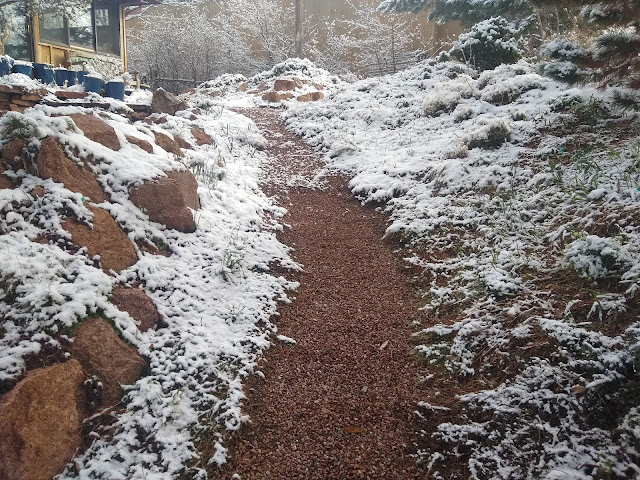 Stange how it melts from the pathways and sidewalks before it melts on the garden or lawn.... 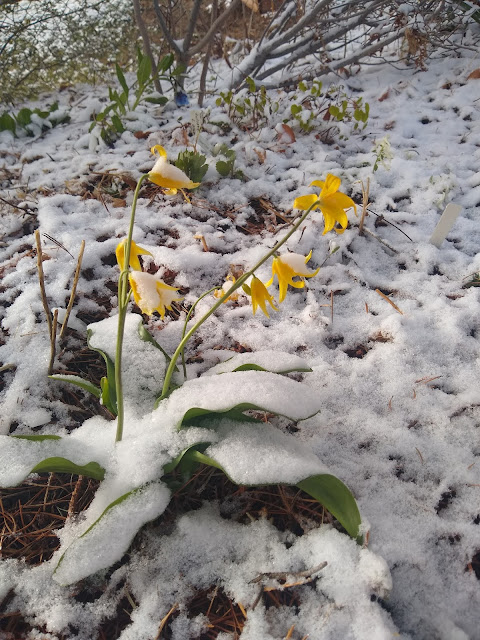 I suppose Erythronium tuolumnense must get some spring snow on it in California--although it's not the highest elevation glacier lily. 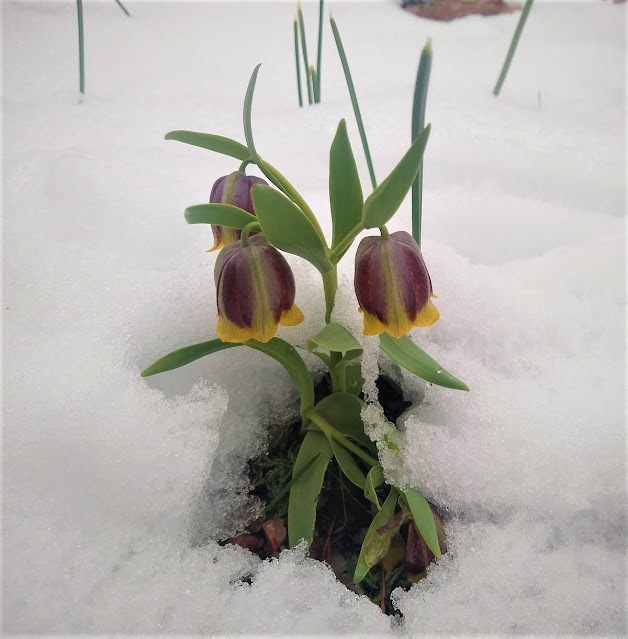 This Fritillaria crassifolia reveals its steppe ancestry by holding up so well in the snow... 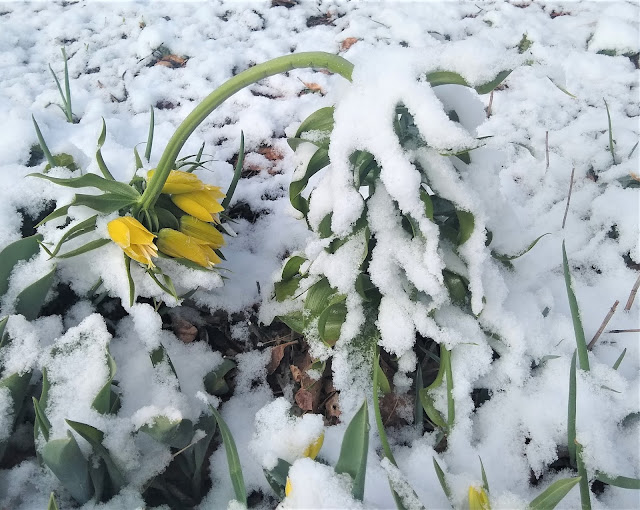 This one, not so much. It really reflects the way Denverites are feeling...especially when I see the NOAA forecast for next Wednesday reads: "A chance of rain and snow showers. Some thunder is also possible." Fortunately, they appended this: "Mostly sunny, with a high near 60"....I like the last part best!