I have a few regrets: one is that I never took enough pictures in my mentor's garden in Boulder. T. Paul Maslin passed away in 1984 and for fifteen years before that was my closest friend and garden guru. He was also a herpetologist by training, and though much of his work was based on lizards and snakes, he had a great fondness for amphibians--especially frogs. And he had many sculptures of them in his garden: none of which I ever photographed. Worse still was that I never asked Mary (his wife) for one as a memento before she passed away decades later. Perhaps that's why I've noticed frog sculptures in so many gardens I visit--and I began to photograph them thinking there may be an opportunity to share. I think that time has come...although I've lost track of where I photographed some of them!


Do take a moment to savor Moore's lovely poem which reveals something about poetry, and a little about frogs and gardens to boot!

I too, dislike it: there are things that are important beyond
all this fiddle.
Reading it, however, with a perfect contempt for it, one
discovers that there is in
it after all, a place for the genuine.
Hands that can grasp, eyes
that can dilate, hair that can rise
if it must, these things are important not because a

high-sounding interpretation can be put upon them but because
they are
useful; when they become so derivative as to become
unintelligible, the
same thing may be said for all of us—that we
do not admire what
we cannot understand. The bat,
holding on upside down or in quest of something to

eat, elephants pushing, a wild horse taking a roll, a tireless
wolf under
a tree, the immovable critic twinkling his skin like a horse
that feels a flea, the base-
ball fan, the statistician—case after case
could be cited did
one wish it; nor is it valid
to discriminate against “business documents and

school-books”; all these phenomena are important. One must
make a distinction
however: when dragged into prominence by half poets,
the result is not poetry,
nor till the autocrats among us can be
“literalists of
the imagination”—above
insolence and triviality and can present

for inspection, imaginary gardens with real toads in them,
shall we have
it. In the meantime, if you demand on the one hand, in defiance of their opinion—
the raw material of poetry in
all its rawness, and
that which is on the other hand,
genuine, then you are interested in poetry. 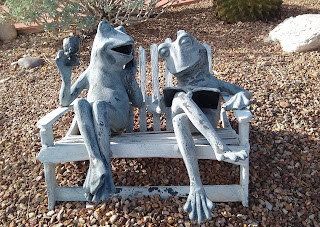