Why a caesura? The internet defines "caesura" thusly:
cae·su·ra (/sēˈzyo͝orə,siˈZHo͞orə/)
noun: caesura; plural noun: caesuras
Jan and my recent escape for two weeks represented a caesura in so many ways: a break from this seemingly interminable winter for one. And an interruption form COVID-induced indolence.

We visited three nurseries, many friends and family, several public gardens, art museums and ate out (something we haven't done much for a while) in a number of outdoor restaurants. And brought back a small load of succulents for our pots and gardens. I've grown the Paddle Plant above for years, and keep frogetting the Latin name: I shall not do so again, thanks to TBG's excellent labeling. 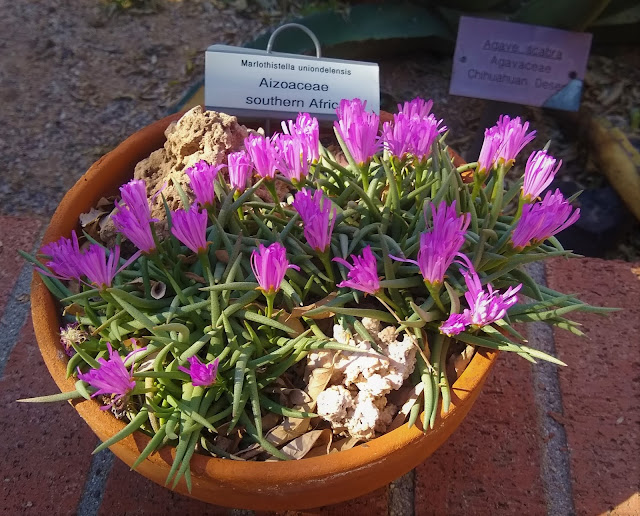 I suspect you can read the label clearly on this lovely potted Mesemb: lots of nice specimens at this garden.

The botanic garden is quite central in the city, on the site of an old nursery with a lot of the original buildings and some terrific specimen trees, like this Arizona cypress: my picture doesn't really show how attractive the bark is on it. A tree I've helped introduce into the trade in Colorado (a long and pretty good story I should tell soon! I'm pretty sure I collected the first seed that produced viable plants 50 years go in Socorro, New Mexico while my fellow traveler was paying a traffic ticket)...

I was shocked they could grow Christmas roses--although I'm sure one of the parents of this hybrid is subtropical, which may explain why it looks so good! 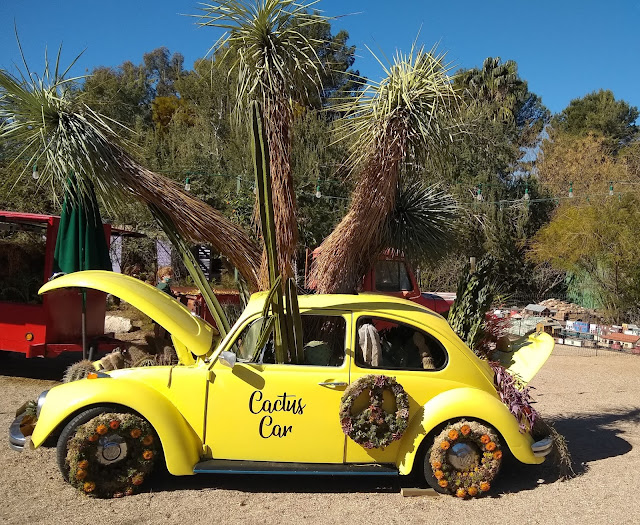 Everyone checked out the cactus car. I'm a bit embarrassed to say I did too. 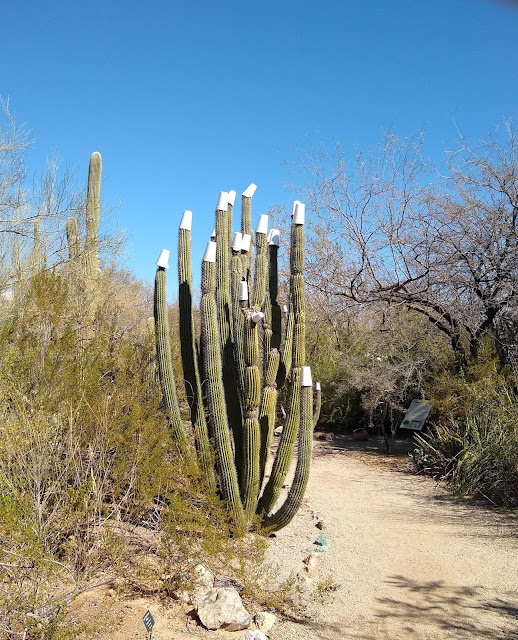 This is the only picture I'm showing of the cacti with cups on their tips--there were a lot more. This is not uncommon in Tucson, where temps drop below freezing several times a winter.

Lots of little gems tucked here and there, like this striking miniature aloe.. 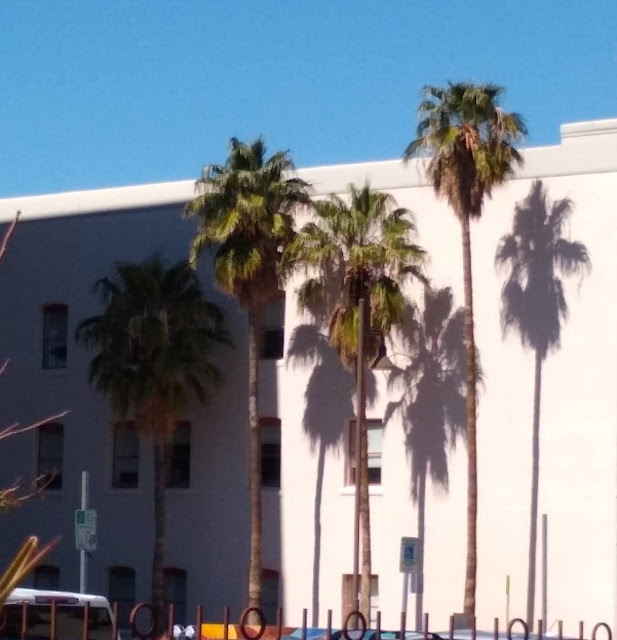 Not taken at the garden--this was downtown Tucson, and I notice a tad out of focus: but I loved the shadows on the wall...

Every evening seemed to have a lovely sunset--here from Sentinel Mountain (also called "A" mountain due to a large "A" on its breast, like an orogenic Hester Prynne. The 360 degree view was astonishing: the rapidly filling Tucson valley is surrounded by a dozen mountain ranges: surely one of America's premier cities.

I was once party to giving this name to a cultivar of Agastache cana, a beautiful bright pink Southwestern mint: we made a mistake! We should have given it to Agastache aurantiaca instead! The sunsets are usually a glowing orange.