Two hundred years ago today Edwin James along with unspecified companions came upon this columbine (not this VERY one, which I photographed exactly a week ago--although I saw it today again) and he described it in his characteristic way (see extract below) 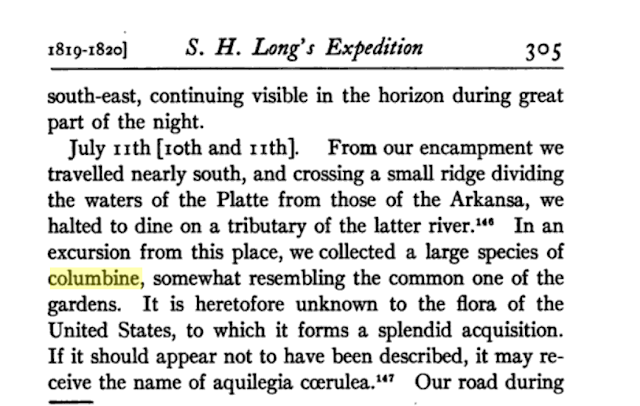 I typed that Latin names in a "coerulean" tint--It illustrates the irony of how an incorrect correction propagated and has twice the currency of the correct spelling of the Scientific name: I hope you henceforward will remember the correct spelling.
But I also hope you may take note and celebrate in whatever is your fashion the 200th Anniversary of the first Scientific Expedition sent into the Southern Rocky Mountains by the United States Government.

The Expedition was led by Major Stephen Long (for whom Longs Peak was named, towering over the northern Front Range). The expedition was memorialized in a remarkable and hefty tome, which has been continuously in print since it was published in America and England in 1823. 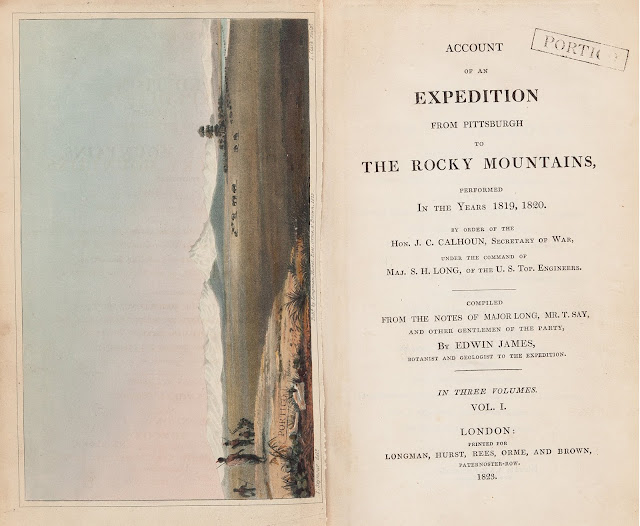 The picture below depicts Longs Peak and the  area where Denver now sprawls, painted by Seymour, the artist designated to paint scenery (other scientists on the expedition painted animals and plant portraits, many of which were lost along with their manuscripts when several members of the expedition abandoned the party on the return trip). Fortunately, Edwin James notes and journals were NOT lost (as you will see).


They spent roughly the fourth of July until the 10th along the Platte in the vicinity of Denver, camping near where the Platte Canyon debouches to the Plains--very near Denver Botanic Gardens' Chatfield Farm. I had intended to begin this blog posting a week ago--on the Fourth of July, when they approached what is now the Metro Denver area. The quotation below expresses a phenomenon all Western travelers noted including Pike: the enormous distance from the time the Rockies were first viewed until they were reached.

This is apparently the only known authentic portrait of Edwin James, chief scientist of this expedition, and the one who ultimately composed the monumental book about it. He has always been a hero of mine, and as I've researched this expedition in recent years, I've come to realize that he and his role have been unjustly overlooked by history books: he was a conservationist before Conservation existed as a concept (he calls for legislation to preserve the bison in the Account). He became a champion of Native Americans and their rights, and during the Civil War, his farm was a destination on the Underground Railway for escaped slaves. Long before Muir or Thoreau, he embodies the fiery spirit of American love of liberty, love of nature and justice.

I can imagine his delight and awe as he bent down and admired our famous State flower 200 years ago today.

Here is the actual specimen that he pressed that day, sent to John Torrey at Columbia College in New York City and now residing at New York Botanical Gardens' magnificent herbarium.


And here is another picture I took of the species in September almost 18 years ago in the Indian Peaks wilderness: 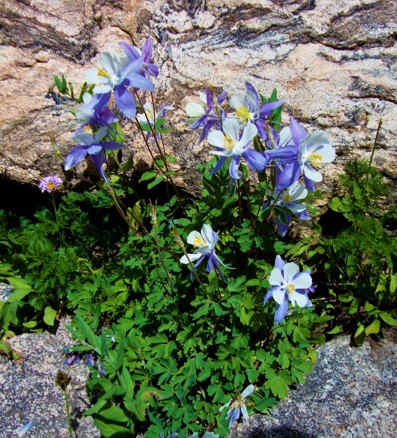