In praise of Bradford and Chanticleer pears! 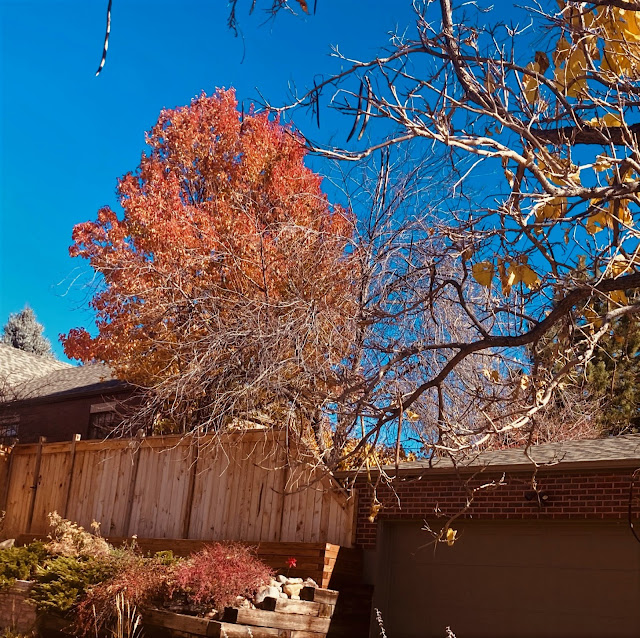 I suppose I just lost any shred of credibility I may have earned among tree lovers by my declaration: hold your dang horses, kiddos, and read through my commentary and If I don't persuade you, well...then YOU are the hopeless one! 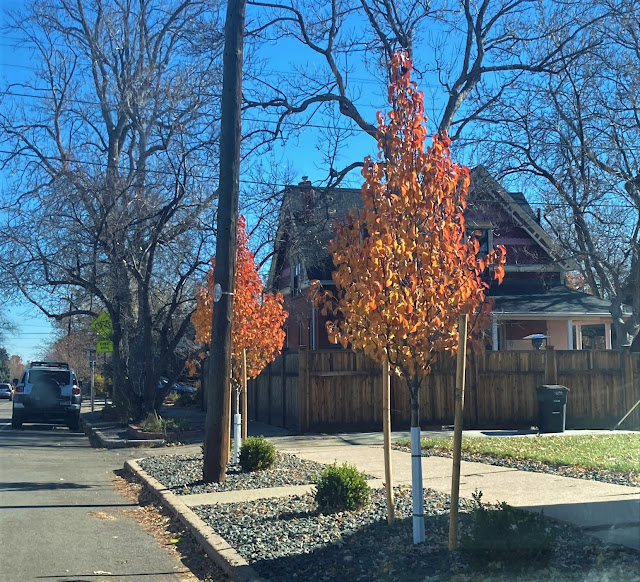 These pictures of various Pyrus x callereyana and P. x ussurensis pears (quite a welter of them are grown and sold in Denver) were all taken on a few mile drive through our fair city on November 11. 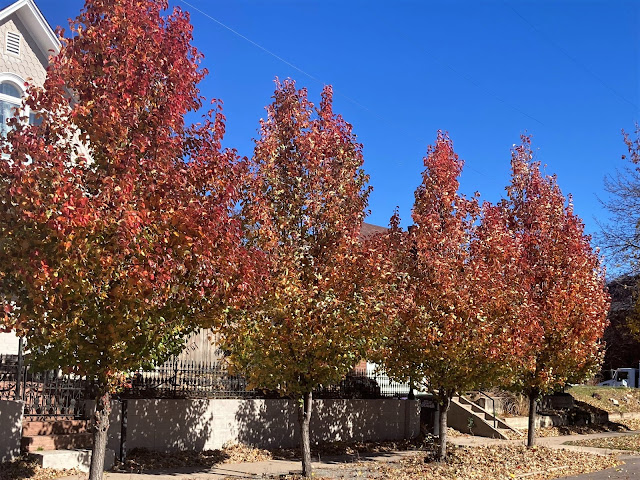 You should notice from the backgrounds that most of the cottonwoods, ashes, maples, elms and other prevalent street trees are naked. Okay, the oaks are glorious--but horribly underplanted. 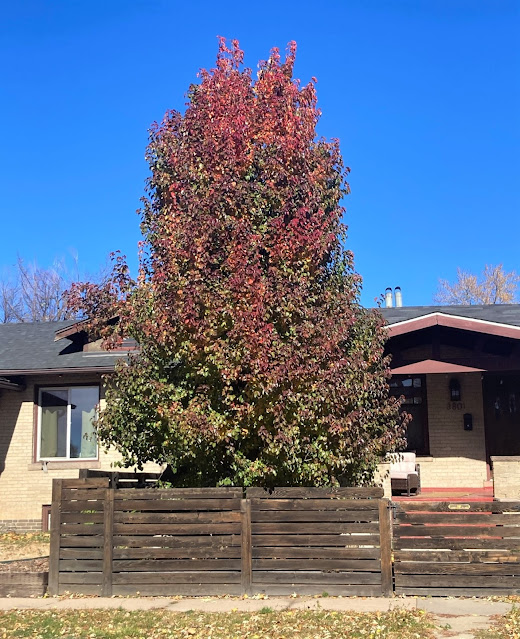 I suspect the Asian pears probably consitute only a fraction of our urban canopy: 2%? Surely not much more: but right now you will find one or two on almost any block glowing far more than my poor pictures reveal (snapped often from a moving car) on a typically glaring clear Denver day. 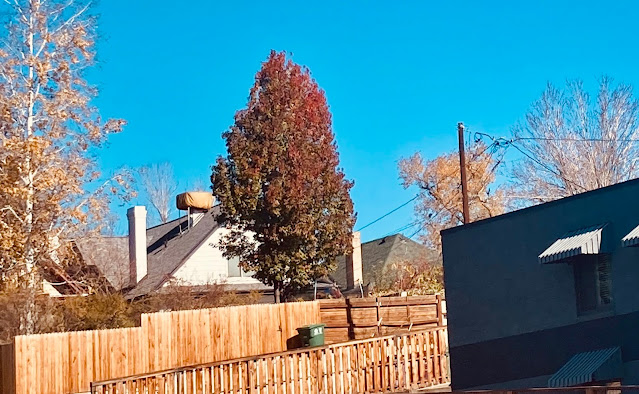 Increasingly over the decades I have come to think of November as "Asian pear month"--they have a burnished, glorious transformation of colors: some have lots of orange and even yellow, and some are nearly crimson. But all are emphatically colorful when the rest of our deciduous trees (except for the blessed oaks) are increasingly naked. 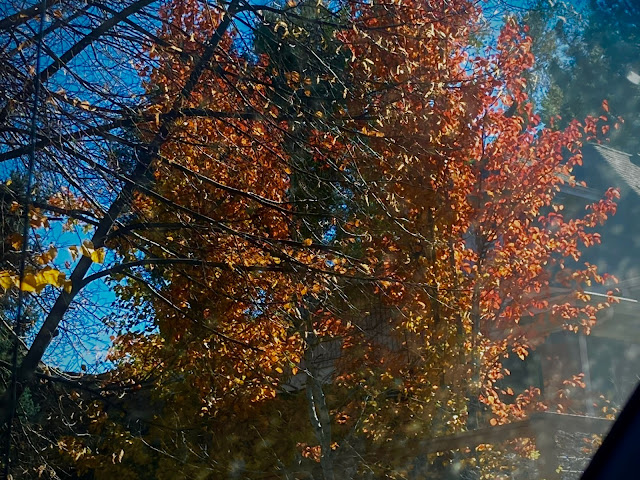 Arborists and sophisticated tree types (not to mention people from maritime climates where these pears are undeniably a pestilence) love to deride the ornamental Asian pears: "They split in snows", "Their flowers stink", "they are unreliable", "They bloom too early" (I admit that many years when their white flowers are frosted and turn mushy brown they're pretty ugly for a few weeks--but the same could be said for magnolias).

Like aspen, birch, Freeman maples and fruit trees generally (their falling fruit makes such a mess!), designers, arborists and knowledgeable plant experts do everything in their power to dissuade homeowners from planting the ornamental Asian pears. Try as they may, I see more and more aspen around town--and Freeman maples have been astounding in their color this year: both seem to do well in many of the sites they're put. I don't see as many birches as I used to (which I regret: I like them and they can often do very well and some species resist borers pretty well). And fortunately, people keep planting pears. Go for it!

*P.S. some time in the early to mid-1980's John Creech (legendary U.S.D.A. researcher and director of the U.S. Arboretum) spoke at the now defunct Bonfils-Stanton lecture series that once brought America's greatest gardeners to Denver. Our staff was a fraction of what we are now, and I often was the only one who could introduce people (i.e. who had a clue who they were!) and I introduced John as "the man who is responsible for 'the Bradford Pear'", At lunch he gently informed me that he was no longer proud of that achievement (and would I not broadcast it further!)...he already had an inkling perhaps of its frightening potential for invasiveness in his area. I have never seen a seedling Bradford or Chanticleer pear in Denver--and doubt I ever will, however. John forgave me my gaffe and was impressed enough with me he recommended me to serve on A.H.S. Editorial Board, where I still serve almost 40 years later: if you do not subscribe to American Gardener (the finest horticultural magazine in North America (along with the Rock Garden Quarterly I hasten to add) do remedy that: sign up here: to get American Gardener by joining the American Horticultural Society!