Where is the truth? Landscape lies.

I took these four pictures more or less simultaneously on my Android, touching different points of the screen to shift the aperture (and hence the exposure).  This one almost captures the glow of the Cardinal Flower, but somehow bleaches it nonetheless: and that bleached horizon: all lies! 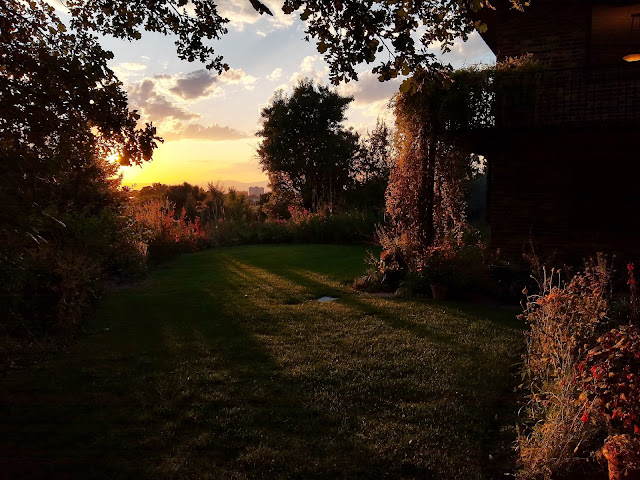 This one captures the golden glowof the distance, but of course the dark foreground is a lie. 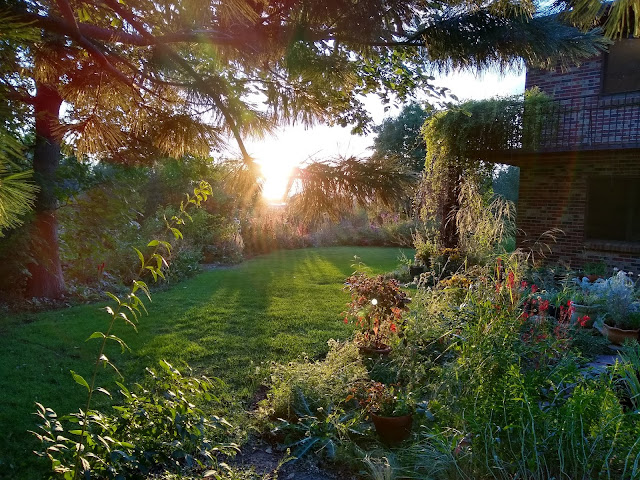 Blinding light in the distance: pure lie! But the shadows on the lawn are right. The flowers are all contrasty lies. 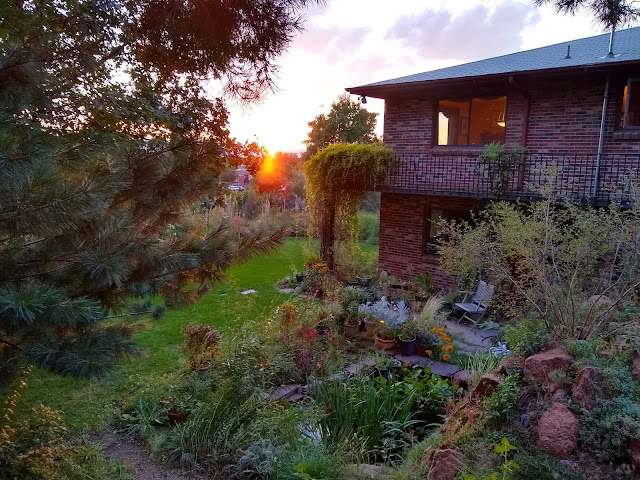 This comes the closest in some ways, but is also perhaps the least pleasing. We pretend that pictures depict reality: they do nothing more than capture tiny fragments of what our eyes gather. And we take it all so for granted. A short lifetime of vacuuming space with our eyeballs, and most of us (me included) are mired and wallow in our daily desperation, totally oblivious to the smorgasbord our fragile planet dishes up with each fleeting glimpse! 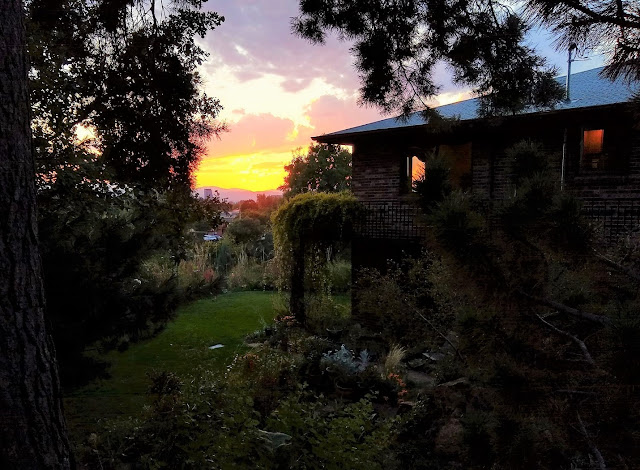 After publishing the first four pictures, I revisited my Facebook and realized I had to include this--the moodiest one, with the nicest capture of the sunset (albeit the garden is dark). Reality so outpaces art, but art is often the only treasured residue left us.
- September 10, 2019