Books I just read...See! I'm not just a plant nerd! 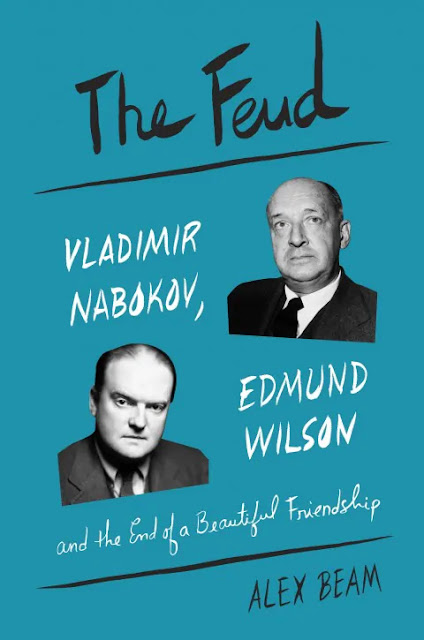 I have been accused of being obsessed with plants plants plants (as if that's a BAD thing). There was a time when Jan and I enjoyed going to the movies almost every week--and we dearly miss our Met Opera streaming presentations at the Cineplex with our best friends (we mourn the performing arts and fret over the strange new "reality"... concerts, theater--all that is dear to us.) One thing COVID-19 can't take away is books.

I generally read four or five books simultaneously (and may the best book win!) These are three winners from the last few weeks. Alex Beam's account of Edmund Wilson and Vladimir Nabokov's long friendship and truly sad descent into enmity was a page turner for me. I have been a big fan of both writers (tilting more to VN to be honest): I was THERE for the Feud and followed it closely at the time. It is as multi-layered and complex as you'd expect from a mental wrestling match of giants. Beam provided details I didn't know at the time and a hoard of research from correspondence, diaries and accounts that we did not have access to in the last decades of the last Millennium.

In a nutshell--one of the greatest contemporary English and Russian authors translates the greatest Russian classic into English and appends a massive three volume plus page commentary caressing practically every turn of phrase and seeking out every nuance of historical a philological context. His best friend publishes a cruel and demeaning review--and every literary luminary of the time (Robert Graves, Anthony Burgess, Robert Lowell to name a few) takes sides.

Beam tries to be fair, but methinks he is soft on Wilson. I'm a Nabokovian through and through: Edmund Wilson made a fool of himself and died knowing he'd betrayed his friend. Vlad rules. 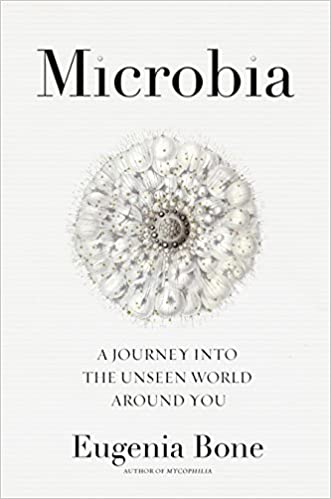 What could be more relevant than reading a 271 page book about microbes in the shadow of COVID-19? I've had a bit of a crush on Eugenia from the time she gave a talk at Denver Botanic Gardens about her FIRST fifteen or so years ago (At Mesa's Edge). I bought and loved THAT book--and a few others afterwards--gradually realizing that she wasn't merely a facile writer, but a formidable one to boot. The time seemed right to "bone" up on microbes, and why not see what Genie (as mutual friends call her) has to say about them. Who thought a dense, rather detailed account of current knowledge about viruses, bacteria, tiny fungi and all manner of miniscule living and not so living things could be a page turner. Of course, she uses her own re-matriculation at Columbia University and the personal drama of returning to school in middle age to leaven the science and provide comic relief.

Result: I learned more about microbes than I thought possible--and had a good time doing it! I give her an A+ again. And she inspired me to buy the rest of her books I hadn't gotten yet, and I leapt headlong into the NEXT book featured below.. 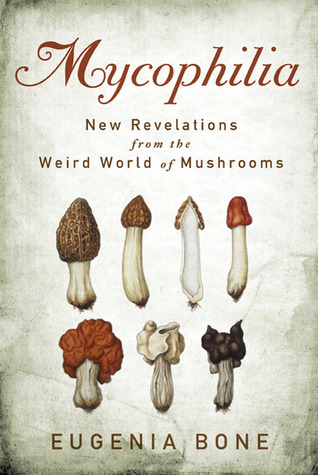 For a horticulturist with a strong interest in biogeography of vascular plants, I find it strange that a fairly large proportion of people I've gotten close to over the decades are either lichenologists, birders or mycologists. My first office at Denver Botanic Gardens was next to that of Dr. Sam Mitchel, for whom our Fungal Herbarium was named: and that's just the beginning. I know several of the characters who crop up in this book, which is always diverting.

And I know a LOT more about Fungi after reading it than I did before. It's beautifully written and full of data, fun anecdotes and more.

If you're not a Eugenia Bone fan, you're missing out on a wonderful contemporary writer!

I confess that I DID sandwich a few plant books in between these (and even reviewed Trees of Fort Collins for this blog.)

By my bedside now there is a stack including V.S. Naipaul's short fiction, Calypso by David Sedaris, The Rarest Bird in the World, by Vernon L. Head. May the most readable book win!
- June 10, 2020