The steppe! The wild and windy steppe! (Invitation to a voyage...) 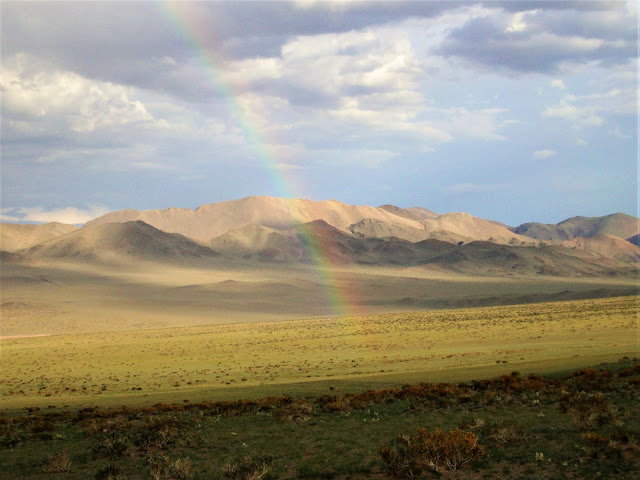 Steppe landscapes strike most as barren and austere. But what if I told you that landscapes such as this is where YOUR species (Homo sapiens) first evolved and spent millions of years (how many nights and days are those?) seeking out prey, being preyed upon. Consider that this is the stage setting that created and nurtured who you are, even perhaps your very character and psychology. Let me distract you for a moment here in Mongolia where we nearly caught up with a rainbow. 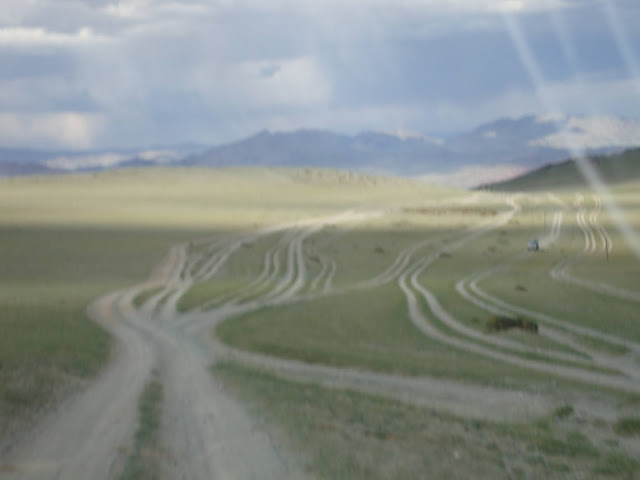 Let's return to character: you're a steppe wanderer with your herd of sheep and horses: little does it matter that you wend here or there--steppe regions were still relatively sparsely populated (as they were over the aeons), and a thousand hooves are nothing to these prairie grasses. The sunbelt steppe is now burgeoning. In just the last few decades you acquire trucks that tear the turf: above you'll see a typical road you find everywhere in Mongolia. Essentially not that different from the spaghetti knots of freeways in big cities, which have just paved the ruts with asphalt and cement: we're oblivious to our environment because we don't see it, much as fish cannot see the water.

There is an unspeakable magic that can be found in the world's vast, semiarid continental regions--which we refer to as "steppe"--the Russian word first used to describe the grasslands of Westernmost Asia, but now applied to the sister regions across the world, I have been privileged to find untrammeled bits of steppe in glorious bloom on four continents. My research and that of my colleagues was distilled in a weighty tome I'm rather proud of that's still in print--I'll show it at the end...but we continue to depict, champion and try to point out the terrible irony that this biome that created humanity has barely entered the consciousness of most: and it perhaps contains a key to a terrible secret that might help unlock our future as a species. 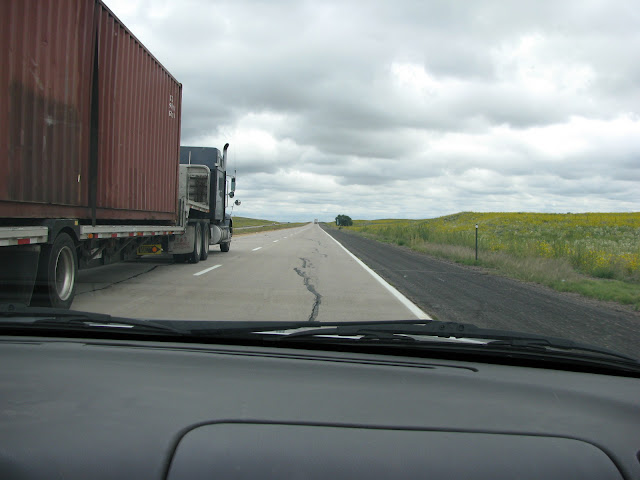 This is the steppe dilemma--the behemoth of "progress" and technology is outpacing us as we plunge forward on our uncertain path--both drivers oblivious to the landscape around us. Most trans-continental drivers in America dread the vast prairies of Nebraska, Saskatchewan or the sagebrush emptiness of Wyoming, Utah or you name it in the West. So desolate. So lonely. (Only the richest repository of biodiversity in our countries, by the way). So much for progress. 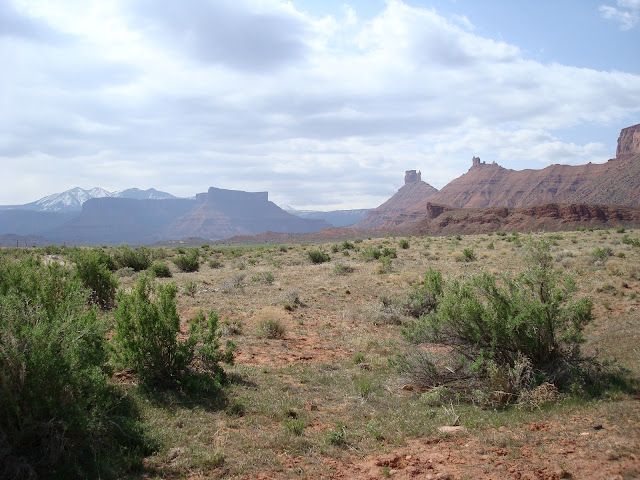 Once the scales have shed, we realize that the lion's share of America's national parks are in and surrounded by steppe landscapes. Some part of us acknowledges our ancestral landscape where we evolved: evolved into steppe creatures who invented "civilization" in the last few millennia and believe that fiction is reality! Give me a break!

The graceful denizens of steppe don't care much for our civilization. They are oblivious to our tendency to project fantasies dreamed up by our ancestors on other landscapes other worlds and think they are true. A few of the habits we evolved with as somnolent steppe dwellers may kill us one day: I'll get around to that anon...definitely not Q-Anon, although that's an excellent example of our turpitude. 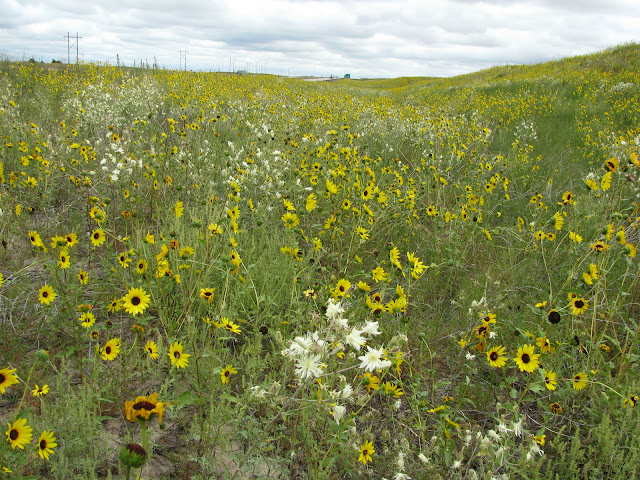 This is a steppe meadow not far from Denver a few Augusts ago: unbelievably floriferous--for weeks and months as a matter of fact. Despite that six million people live nearby, I doubt more than a handful noticed the flowers: this part of the Great Plains is not "famous" for flowers after all. We only go and do what others tell us--another steppish trait. 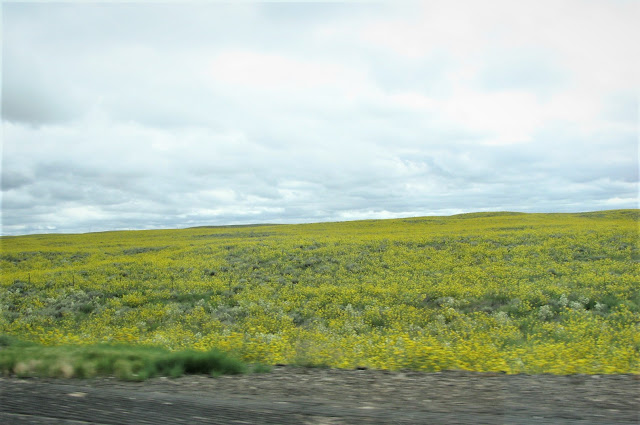 I could go on and on: in fact I have! I invite you to listen to a short but I think rather well done clip I did on Thomas Christopher's radio program preserved (click here) in this podcast.

And please mark your calendar for January 6 when I shall be doing a Zoom Master Class on Steppe for Noel Kingsbury and Annie Guilfoyle's International (click here:) Garden Masterclass programs.

Check back on the Masterclass program link in a month or so on details of where and when for that session! In the meanwhile, you can study up a bit on Steppe with our "weighty tome"--which is widely available on any web bookstore...It has enough matter to keep you occupied for a long time...a lifetime in my case! 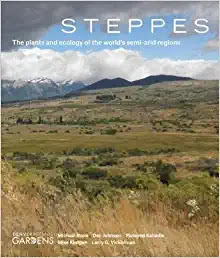