At least half my friends eschew Social Media in general, and Facebook in particular. And I agree that the idiot extremes are using these media for all sorts of devious ends--especially the right wing stink tanks...but over the last decade or two I have made many, many wonderful friends thanks to Facebook. In early April a few years ago, my daughter persuaded Jan and me to meet her in Nashville for a mini-vacation. I'd been messaging Paul on Facebook about Dirca palustris (more on that later) and thought it might be fun to visit him--and we asked, he said yes, and we spent a lovely hour or two visiting his amazing garden.

Now in the winter of my discontent, I can't resist dialing the clock back five years to Spring in Tennessee: For me this ephemeral borage has been a bit of a challenge to establish--but Paul had oodles of it in his garden. I can't resist showing some of his colonies spreading lavishly around his garden.

Here's Paul showing off one of his monster Dircas--I mentioned that's what got us corresponding: I've wanted to grow these forever, albeit they're not the showiest native shrub. But their America's only native genus of Thymeleaceae (the Daphne family) and that justifies mg quest--that and the fact that Kelly Norris (a dear friend and one of America's wunderkinden of Horticulture) did his thesis on the genus--and yet ANOTHER friend (and hero) Aaron Floden recently described the FOURTH species in the genus (Dirca decipiens)...I know this sounds recondite, but this is the stuff and substance of how plant nerds operate: get with the program, please!

I mistook this for Dirca (ignorant Westerner that I am) but Aaron Floden and Paul Moore set me straight--it blooms early like the daphne cousin...only this is Euphorbiaceae!
Hideous picture--I apologize! When I grow up I'll take pictures like Paul Moore--if you're on Facebook to "friend" him--he is a professional photographer and his pictures are grand. No doubt he'll see my wretched shots and might send some to me I'll append at the end--check back on this blog post in a week or so: you might be surprised.

Just as I'd hoped, Paul came through with aterific  picture he just recently took in his garden of Dirca palustris. He messaged me that "Some of my Dirca are in nearly full bloom while others still completely dormant." That's early February in Nashville...Meanwhile it's still snowing in Denver! Uggh.

I TOLD you I was a plant nerd--can't just settle for two or three pictures of the dang plant!


Tou might not get it right away--but this is a solid moss lawn. There are a very few delicate native wildflowers growng in it--but Paul has established a virtually solid carpet of moss in all the open areas of his garden. It's simply stunning!

Obviously, he's not wedded to a mower like those of us with conventional turf. And the color and effect are simply wonderful as a contrast to the sinuous woodland beds throughout his extensive property. 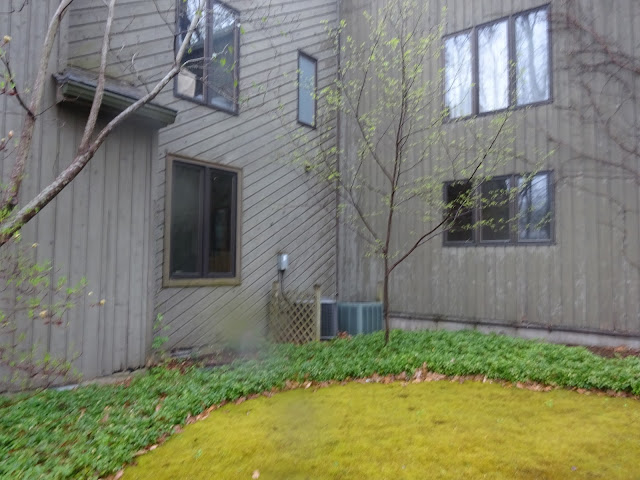 Here the moss lawn makes a wonderful contrast to the wildflowers along his foundation. His woods were full of flowers--here our native Celandine (Stylophorum diphyllum). Paul's garden is perhaps the perfect "poster child" for another Paul--Paul Tallamy's philosophy which he's expressed in so many books: namely that most of our gardens (particularly in the Eastern Hardwood forest) would be far more beautiful and ecologically responsible if we simply LEFT what was growing there originally persist. Nothing is that simple, of course: developers invariably scrape the living daylights out of lots, leaving subsoil and making the establishment of the native flora a challenge. But Paul did it: I have a hunch it took a lot of work to achieve this--but this is one garden that is 100% native and 100% elegant as well! It CAN be done.

I'm not going to venture a guess as to which of the dozen or more eastern sessile trilliums this one is. Perhaps Paul will know and tell me when he reads this blog: check back in a week or so!


This one I DO know: the wonderful, lemon scented trillium of the Midwest is one of the easiest and most vigorous in cultivation.

The wonderful Eastern cranesbill: I must try growing this. I have a dozen or more species of geranium in my garden: not nearly enough! 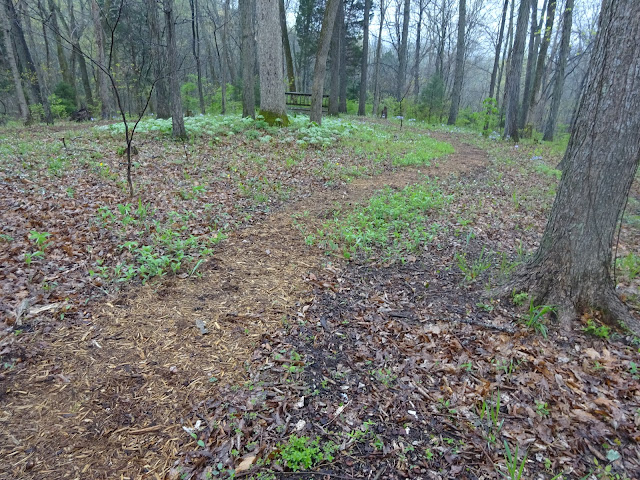 It's still early spring in Nashville--the garden will fill in over the next few weeks and months--but the soft green--I hate to say it--is almost painfully lovely to my Colorado winter-worn eyes right now! 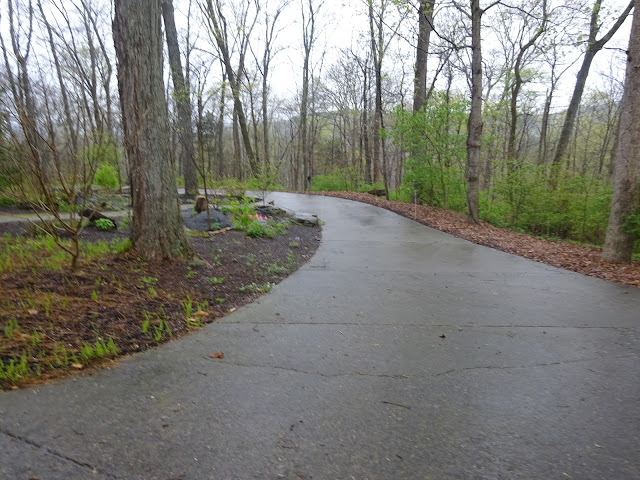 And the road takes us away: but if you're intrigued by moss gardening, Paul's garden is featured in the recently published Moss Gardening book by Ann Martin (" Mossin' Annie' Martin of Mountain Moss Enterprises in Pisgah Forest, NC" ). Tom Christopher who has among the best Podcasts around, interviewed her recently: click on the yellow link above to learn a lot more about mosses and enjoy Annie's lovely Appalachian lilt! Do subscribe to Tom's wonderful podcast--he's one of America's premier gardeners and authors, and a wonderful gentleman to boot! His Facebook post about Annie's book is what reminded me of that wonderful morning at Paul's garden...which I must visit again at other seasons!

I am so glad I don't have to end with the picture of the road leading to Paul's house: he just sent me the following image of his moss lawn, which I think does better justice to it than my shots above: now THIS is the way to end a blog!