Don't know about you, but I usually don't expect to see lady's tresses orchids growing near cacti, but that's exactly what Adam Black showed me on the Oakville sandstone outcrops of Grimes, County, Texas last week. Although I've been TO Texas (mostly Abilene/Sweetwater area) many DOZENS of times (Thanksgiving, Easter, inlaws) I've only had two brief trips to Austin in the past, one to Dallas and of course fly-throughs through Houston. Considering that Texas possesses the greatest floral diversity of any of our United States (and Colorado not so far away), this is frankly an embarrassment for me. 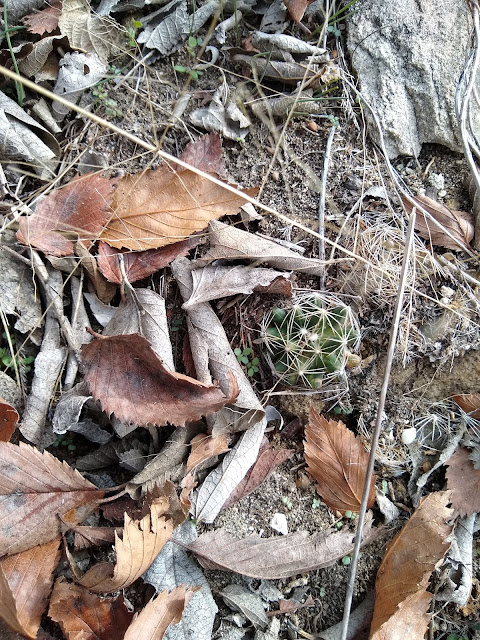 And here's the cactus growing a very few feet away! Albeit a bit higher on the slope, and likely on shallow soil over calcareous outcrop. I wrote a blog (Modest Beauty) about this wonderful cactus several years ago...click on the yellow parenthesized title to read it! 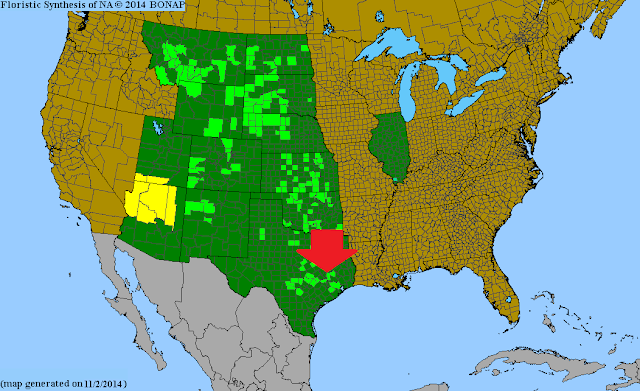 Here is the BONAP map of the distribution of Escobaria missouriensis--as you can see, Grimes County is very much towards the southernmost point of its distribution. Like so many Great Plains plants, this encompasses a vast range of latitude (well over a thousand miles)--and there has likely been gene flow through these populations forever, which explains why so many plants originating in Texas (like Muhlenbergia reverchonii) prove hardy in much colder areas.

Just compare the of the nipple cactus above to the fabulous Texas endemic Coryphantha cornuta, which has proved every bit as hardy for us below:

Couldn't resist slipping in a picture of this spectacular Texas endemic: you wouldn't expect (seeing the range of this in nature) that it would be so hardy. I have to confess my first attempts to grow it (probably from more southerly Texas forms) failed. Harlan Hamernik obtained it from one of the more northerly Texas forms, and Bluebird Nursery has been mass producing this for years now--and a rather local plant is becoming widely grown. 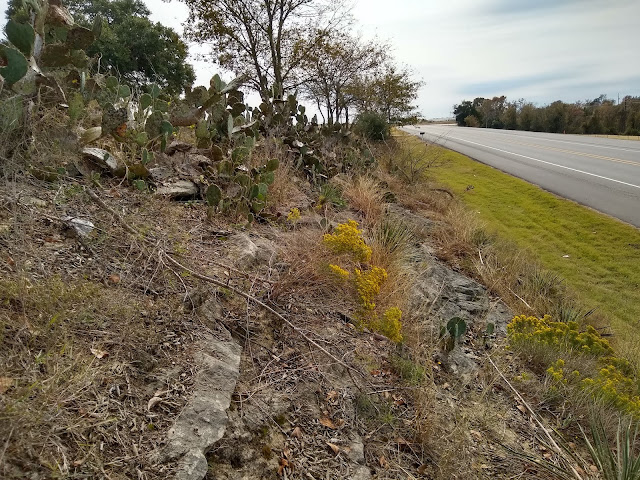 A general view of the outcrop where both plants grew 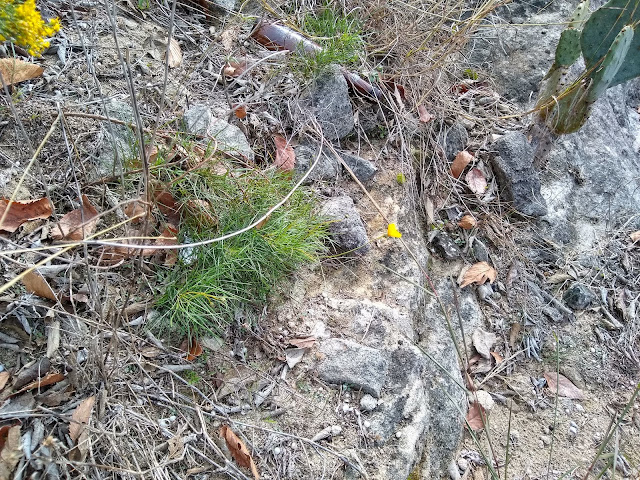 Another random glimpse--there were a lot of things tucked in here, as you'll see...

I know the Guttierezia has a new generic name. I forget (I like the older one better anyway) 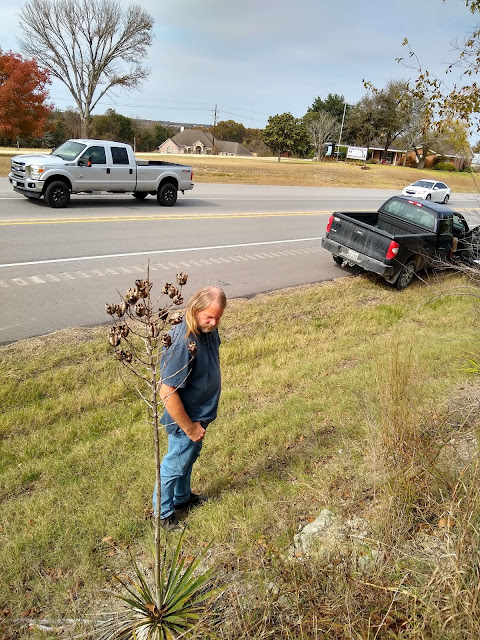 Here looking down you can see Yucca louisianensis and Adam behind it. I first met Adam several years ago when he visited me in Denver: talking to him for a few minutes I realized he was remarkable, and following his extraordinary posts on Facebook I learned so much from him (not to mention admiring his fantastic photography) that I invited him to speak at our Tree Diversity symposium last spring where he was a hit. He reciprocated (quid pro quo in a benign sense! Not the treasonous bribery that merits not just impeachment, but jail time in my opinion)  by inviting me to Texas this November, where Jan joined me to have an extraordinary six days of botanizing, garden touring and revisiting great friends. Texas for gardeners is fantastic!

A robust colony of little bluestem (which should be our National Grass for so many reasons!) grew nearby as well. 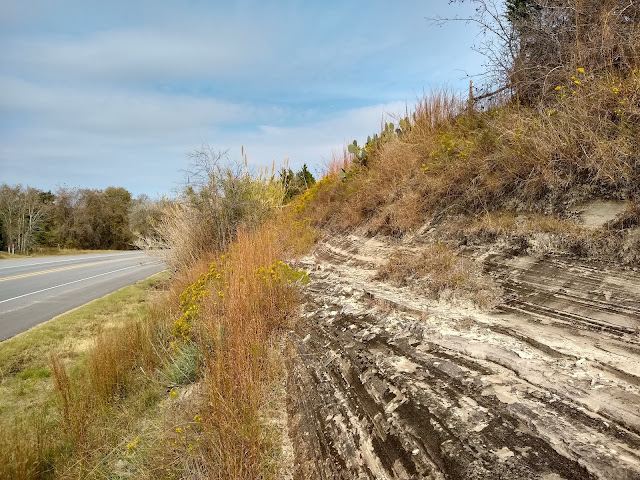 
Here's my friend photographing two of the dozens of ladys tresses that studded the grassy hillside there.. 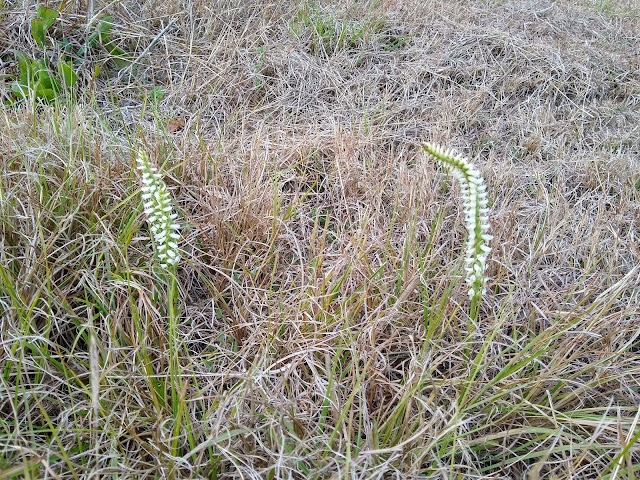 This is what he was taking a picture of.. 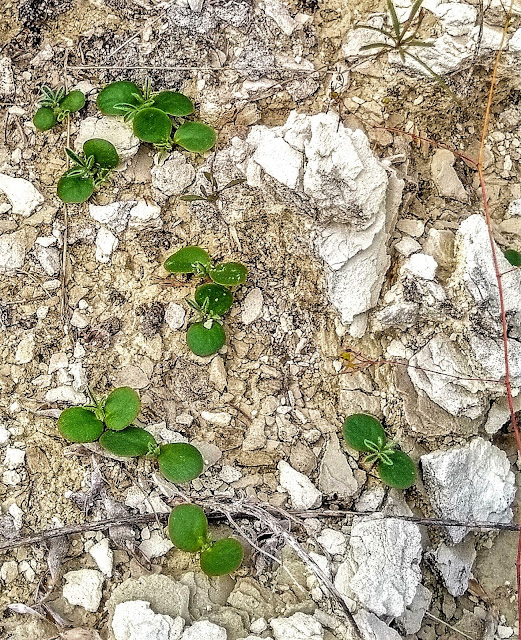 And Texas bluebonnets were germinating everywhere around us (recent rains after a long drought had summoned them). This outcrop must be spectacular in March and April! Tempted to go back...


Nearby was a graceful "red cedar" which are so often planted in Denver. I am still ruing the days when I hated junipers--they are increasingly among my favorite trees...

I have two other blogs about this wonderful trip I hope to publish in the coming weeks. Thank you, Adam, for a fantastic sojourn to the great state of Texas!

*This ladystresses has special significance for me: magnicamporum means "Great Plains" which is where it is primarily distributed. At some point in the Pleistocene, the range of of this species apparently extended to the Rockies, where the cooler, wetter climate brought Spiranthes romanzofiana lower in altitude (it now generally grows above 9000'). Charles Sheviak postulates that these hybridized to create Spiranthes diluvialis, which now has seemingly been saddled with the ridiculous common name "Ute Ladystresses": it has nothing to do with Utah or the Utes--I was the first to press a specimen of this that was brought to the attention of Sheviak, who subsequently pressed it himself when taken to the type site that I'd alerted the local orchid cabul to--and he used HIS specimen as the type rather than my earlier collection--not that I'm annoyed or anything...

Nevertheless, it was a pleasure indeed for me to find the progenitor of my little foundling that was so rudely kidnapped! (Sheviak did give Stanely Smookler credit for first finding the plant--thankfully!). And Adam even showed me ANOTHER ladystresses the same day I'd never even heard of (which I'll show anon)--a red letter day indeed!
- November 28, 2019