Apropos of Androsace...a case (or two) in point...

I have a lifelong love affair with many genera and plants. Few have delighted me more than the dozen (maybe two dozen by now) species of androsace (rock jasmine for Muggles) I've grown over the decades. One of the many magical aspects of my recent trip to Tibet was discovering several new ones--and researching these has put books, plants and geography in a whole new light--which I hope to share briefly in this blog. A. adenocephala, pictured above, is one I'd never heard of. It's not one that has made much headway in gardens, yet we found this in abundance on several passes. I'd never heard of it before finding it!

Neither had I heard of Androsace wardii, which we likewise saw several times on our trip--most widely and notably on Baimashan pass. This picture shows the rosette (with two sizes of leaves), characteristic of its group. This year I don't seem to have captured the lurid salmon red of the flowers.

The androsace was named, of course, for this great explorer whose books I've gradually accrued over the decades. This one was obtained for me by a friend almost 50 years ago: I've been reading it avidly since he traveled in the same areas that I recently traversed less than a century later. The experience of reading it has been almost surrealistic: aside from the names of rivers (Salween, Irrawady, Yangze and Mekong) there are practically no place names that remain the same except for "Likiang" (now Lijiang). It's a gripping adventure story--but of course, androsaces aren't mentioned (but many other plants are!) This could well have been the expedition where he first collected this taxon: I must check!

And now to get to an interesting case...we saw quite a few androsaces (I shan't show them all, I have another axe to grind). This was a new one for me: Harry Jans tells me the flowers are so large they obscure the foliage when fresh--this plant is obviously far past bloom. It grow incredibly profusely at many altitudes including quite dry steppe: finding this was a highlight of the trip for me--but when I did some research (as you will see) I was surprised.

This was the biggest androsacoid (to coin an adjective) surprise of the trip: three of us (Maria Kammermeier, Hans Kramer (of the famed Hessenhof nursery in Netherlands) and me wandered away from the masses towards a cliff where this strange androsace was clinging. I've grown and even seen Androsace rotundifolia in the wild (in Pakistan) but the foliage on this was CRAZY, deeply divided..and the white flowers were wonderful...

How to find a name? The two authoritative popular volumes on plants of Western China and Tibet are stunning monuments: huge tomes chockablock full of pictures...but as it turns out woefully incomplete... 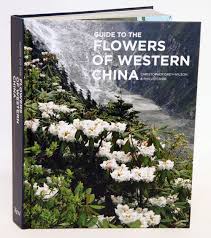 642 pages, thousands of pictures and plants...I did eventually find my androsace in this--but in the process realized that only a FRACTION of the androsaces occuring in Western China were contained here. Twenty two taxa are pictured (the pictures are mostly taken from a distance and not very useful for identification)--but both A. tapete AND A. alchemilloides are described in the text and shown in photographs. 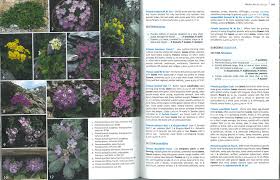 A shot downloaded of the web of one of the many primula pages--to give Cribb and Wilson credit--they had a few more androsaces than the next book... Now let's take a look at a book we were able to buy in China at a fraction of the price it would have cost in the USA: the Wild Flowers of the Qinghai Tibetan Plateau is fantastic (as is the Cribb/Wilson volume). It's amazing how many plants each book has the other doesn't--you really need them both. I read and comprehend enough Chinese that the Chinese volume is very useful for me--but of course all the pictures have Latin tags, so it's pretty useful for anyone else too! 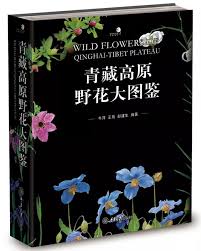 THIS weighty tome (A full Folio size, and weighs in at almost ten pounds) is even LONGER than the last--672 pages! A rather different range of species is covered (the Cribb/Wilson book focuses on showier plants, the Chinese tome does a broader range including weedy things): incredibly, only 16 species of Androsace (out of the hundred or more species that likely grow in the area the book covers) are included--but NOT Androsace tapete NOR A. alchemilloides. To give this book credit, the pictures are far bigger than in Cribb/Wilson's book, and the plants far easier to identify as a consequence. 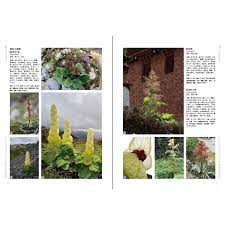 This picture shows the larger format for pictures in the Chinese volume...

But the book that clinched the name of Androsace alchemilloides for me was THIS one: a true classic!  Of course it helps that it was written by an amazing athletic explorer (George Smith) who actually saw and observed many of the androsaces of the book, and Duncan Lowe, who grew many of them--and was able to sketch them with art and accuracy. Although billed as a Garden monograph, the keys, descriptions and drawings nudge it quite a ways into the camp of science in my opinion. And it's THOROUGH, if not complete (I doubt many species slipped through their net)... Botanical monographs still rule the roost as far as I'm concerned. 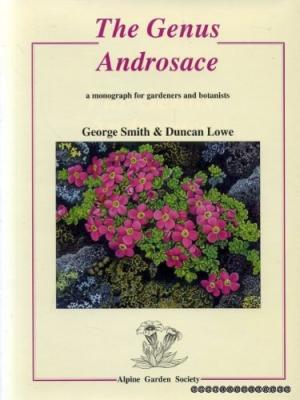 I was very fortunate to have heard George Smith speak at an international conference many years ago, and I knew (and exchanged seed and even visited) Duncan Lowe. Duncan gifted his wonderful drawings for this book to the Scottish Rock Garden Club--and I have been lucky enough to buy several: including Androsace wardii! I wish now I'd gotten A. alchemilloides as well--maybe there's time. Last time I met Carole and Ian Bainbridge in Newfoundland, they still had quite a sheaf of these drawings they were hawking! I plan on attending the 2021 conference in Perth and shall make a beeline to my friends and see which drawings are left! I end with one of Duncan's wonderful drawings I snitched off the web (although I really should have scanned mine instead)... 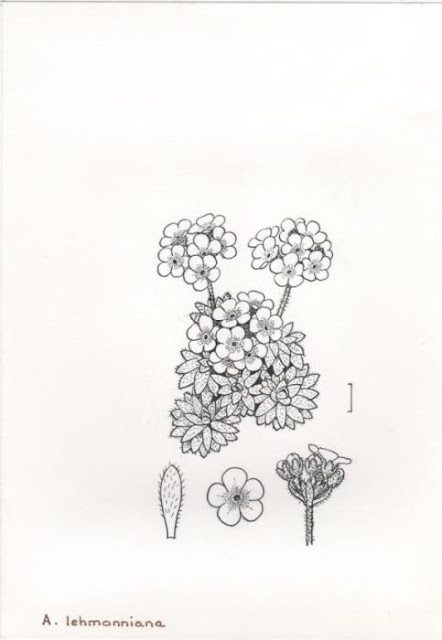 Moral of the story? Books are still pretty basic for doing research. The web was worthless and in the process of doing the research I realized how LITTLE has been recorded really about the unbelievably rich flora on the vast reaches of the Himalaya.