As we started the gradual climb up to Serkhyem La on our long drive from Bayi in Southeastern Tibet, Harry Jans as scanning his GPS signal to find just the right spot where he had found a few Primula cawdoriana a decade or so earlier...He'd been here at a slightly different season, obviously, because this year they suddenly appeared in enormous drifts on many cliffs along the way!

Surely one of the most distinctive primulas, what this primrose has to do with Cawdor escapes me--perhaps named for an explorer? The Thane of Cawdor was a title assumed by Macbeth, and it's likely that the village in Scotland that still exists with that name might be a likely place where this primula might grow and thrive!

Seeing drifts of Primula cawdoriana clinging to the steep slopes was a thrill... 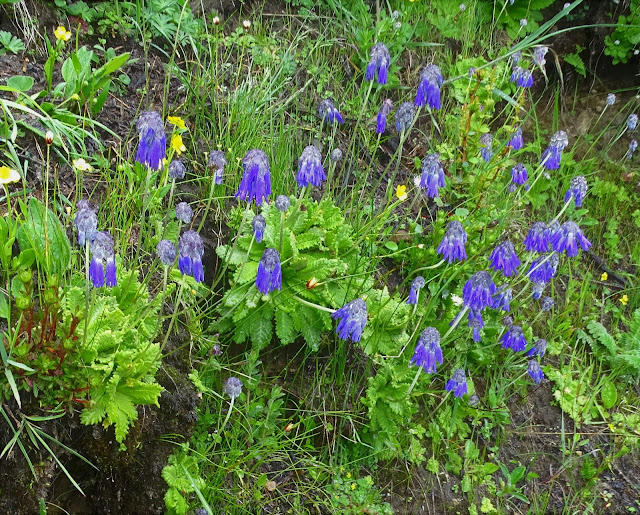 The toothed rosettes reminded me a bit of its cousins, P. reidii and P. muscarioides. These are wonderfully fragrant, and I'm kicking myself now I didn't sniff to see if this tiny Thane of Cawdor was fragrant too. The bells remind me a tad of anorexic Soldanellas...

I, for one, would never associate this little gem (with its narrow, slashed inflorescence) with the murderous King whose name it shares. I can think of other heads of state far more like the dramaturgical Thane of Cawdor, and I can only hope some Thane of Fife shall come soon to "set it right".
- July 15, 2019